UAB Center for AIDS Research Committed to Stopping HIV by 2030

According to an article for UAB News, 40% of individuals infected with HIV are not currently receiving antiretroviral therapy, which means their disease is not suppressed. The University of Alabama, Birmingham’s Center for AIDS Research recently partnered with state and local agencies in signing the Paris Declaration to eliminate the spread of HIV/AIDS by 2030. Birmingham is the 13th U.S. city to commit to achieving the Declaration’s goals.

Since HIV/AIDS emerged as a global health problem in the 1980's, researchers have been diligently working to create new treatments and vaccines for the disease. Currently, there is no cure for the disease, and treatments can only suppress it. Because of its severity and broad reach, scientists around the world receive substantial funding each year to study this virus in order to gain a more thorough understanding and better combat it. Now, thanks to an award from the Foundation for AIDS Research (amfAR), researchers at the University of California, San Francisco will be able to study the virus in a new $20 million institute, located on the Mission Bay campus, for the next five years.
END_OF_DOCUMENT_TOKEN_TO_BE_REPLACED
0 Comments Click here to read/write comments 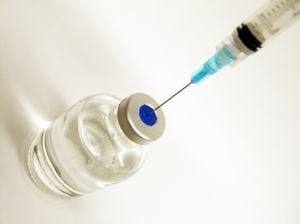 Life science researchers at Stanford University are getting a booster shot from The Bill & Melinda Gates Foundation, which has pledged to give $50 million over the next 10 years to establish the Stanford Human Systems Immunology Center on the school's California campus.

In order for HIV to proliferate and infect new cells in the body, a number of proteins need to interact with each other in just the right way. If they don't, the virus is not able to multiply and spread, and HIV infection cannot develop into full-blown Auto Immune Deficiency Syndrome (AIDS). It's a case of finding a weak link and exploiting its potential to disrupt an entire supply chain. In the University of Pittsburgh microbiology lab of Dr. Thomas Smithgall, this protein sabotage approach has successfully allowed them to identify a helper molecule that, if compromised, could form the basis of an effective new HIV/AIDS treatment therapy. The paper documenting their research appeared in the January 24 issue of Chemistry & Biology.