The Parnassus Heights is the oldest and the largest of the University of California, San Francisco campuses. It houses basic science, clinical and translational research programs.  It is also home to UCSF’s Colleges of dentistry, medicine, pharmacy as well as its School of Nursing. After successfully developing the 60 acre Mission Bay campus, attention is now being directed toward the 107 acre Parnassus campus where half the buildings are at least 50 years old. The goal is to re-imagine the campus in a way that both fosters advances in the ever changing fields of health sciences and harnesses the power of new, data-driven, technology.

University of California San Francisco recently received a $2,370,047 grant from the National Institutes of Health(NIH). This is the fourth year that funding has been allocated for a $17 million multi-center study to improve long-term survival of kidney transplant recipients.

The goal is to reduce or eliminate inflammation in kidney transplant patients and prevent decline in function. The study involves two clinical trials and simultaneous research by biologists and researchers. 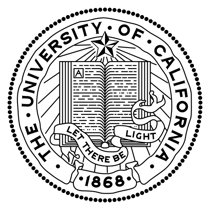 In the state of California, more than 176,000 residents arediagnosed with cancer each year and more than $14 billion is spent to fight this disease in California alone. The University of California system has five of the top cancer centers in the country within theseacademic institutions. In September these five UC cancer centers announced that they were teaming up to form a cancer consortium to provide researchers and physicians in California more opportunities to further their work on cancer-related topics. (Image courtesy of Wikimedia Commons)

In 2003 UCSF opened its first building on the Mission Bay Campus, Genetech Hall. Over the last fourteen years, as the campus expanded, it became a biotechnology hub and a place where the future clinical researchers, doctors, nurses, pharmacists and dentists learn with the most modern tools available. In 2015 UCSF Medical at Mission Bay became San Francisco’s first new hospital in 30 year. This 289-bed complex is actually made up of three specialty hospitals under one roof: Benioff Children’s Hospital, Betty Irene Moore Women’s Hospital and Bakar Cancer Hospital. Soon the next phase of expansion at the UCSF Mission Bay Campus will begin with two new science buildings. 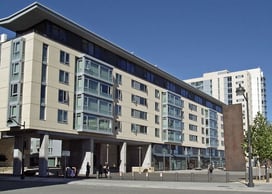 The University of California, San Francisco is one of the most well-funded research institutions in the country, comprised of hundreds of life scientists conducting cutting-edge research who continuously publish important research results. Thanks to a generous donation, the university will be expanding its research space over the next few years.

Sandy and Joan Weill have recently announced a donation of $185 million to UCSF to create a new neuroscience institute on the UCSF Mission Bay campus, called the Weill Institute for Neurosciences. The institute will be housed in a soon-to-be-built $316 million facility, providing 270,000 square feet for research and outpatient services where medical practitioners and researchers can collaborate on projects.

A link between the Zika virus and microcephaly has finally been proven by researchers at the University of California, San Francisco, ending the pervasive question sparked earlier this year.

Since HIV/AIDS emerged as a global health problem in the 1980's, researchers have been diligently working to create new treatments and vaccines for the disease. Currently, there is no cure for the disease, and treatments can only suppress it. Because of its severity and broad reach, scientists around the world receive substantial funding each year to study this virus in order to gain a more thorough understanding and better combat it. Now, thanks to an award from the Foundation for AIDS Research (amfAR), researchers at the University of California, San Francisco will be able to study the virus in a new $20 million institute, located on the Mission Bay campus, for the next five years.
END_OF_DOCUMENT_TOKEN_TO_BE_REPLACED
0 Comments Click here to read/write comments