The Ragon Institute is a collaborative research foundation dedicated to understanding the immune system in order to better address human disease, and the AIDS virus especially. Formed in 2009 with a $100M gift from the Ragons, the institute is a joint effort of Harvard University Medical School, MIT, and the Massachusetts General Hospital (MGH). Their approach is interdisciplinary, with special attention to bringing life scientists and engineers together to effect translational results:

Instead of the typical academic approach, in which individual scientists work independently, the Ragon Institute includes engineering disciplines to facilitate novel experimental approaches and incorporate fresh ways of viewing complex biological systems, with the goal of rapidly advancing innovative, interdisciplinary research to revolutionize the field of immunology.

Researchers involved in this latest mouse model breakthrough study include: 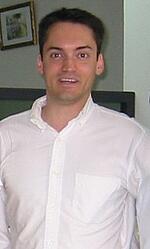 "For the first time we have an animal model that accurately reproduces critical host-pathogen interactions, a model that will help facilitate the development an effective vaccine for HIV."

Timothy Dudek, PhD, lead author of the current study and Research Fellow at the Ragon Institute:

"Unlike normal mice, these humanized mice can be infected with HIV. But there has been little evidence [until now] regarding whether they reproduce the interaction between HIV and the human immune system, particularly the development of specific immune responses that exert control over HIV by targeting critical regions of the virus."

The U.K. Mail called these bioengineered lab rodents "Frankenstein Mice," after the 19th Century classic horror novel. More horrific is the fact that more than 60 million people worldwide have been infected with human immunodeficiency virus (HIV), and nearly half of these individuals have died. One HIV vaccine, Truvada, has recently been approved for human use, but as it costs around $1000 month per patient, there is clearly room in the field for further options. The humanized mouse is another and powerful tool in the arsenal of researchers determined to see the end of AIDS as a fatal global epidemic in our lifetimes.

Biotechnology Calendar, Inc. will be on the Harvard Medical School campus next in March, 2013 for our 7th Annual Boston BioResearch Product Faire event.  With life sciences researchers from Harvard Medical, Dana-Farber, Joslin Diabetes, Children's Hospital, MGH and other institutions in the Longwood medical neighborhood attending, this is an excellent opportunity for scientists and laboratory equipment suppliers to network and discuss their research needs and solutions.  For information on exhibiting, click the button below; to see the second half of our our 2012 show schedule, click here.