Oregon Health and Science University in Portland is home to some groundbreaking HIV research, as well as one prominent researcher in the field who is gathering significant funding for his efforts to study and combat the deadly disease. Louis Picker, M.D., is the associate director of Oregon Health & Science University’s Vaccine & Gene Therapy Institute (VGTI), a facility that has garnered over $7 million in NIH funding for Picker’s various studies alone. 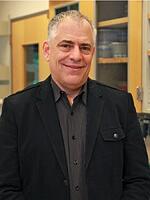 According to the OHSU website, Louis Picker graduated from UCLA with a B.S. in bacteriology in 1978 and took his M.D. degree at the University of California at San Francisco in 1982. After residency training in pathology at Beth Israel Hospital, Boston, and postdoctoral training in immunology at Stanford University Medical Center, he was appointed assistant professor and then associate professor of pathology at the University of Texas Southwestern Medical Center at Dallas. In 1999 he came to OHSU and ONPRC as professor of pathology/molecular microbiology and immunology in the OHSU School of Medicine and head of the Division of Pathobiology and Immunology.

Picker and his colleagues are working on developing treatments to target SIV. Specifically, the team is working to identify key barriers to eliminating SIV in nonhuman primates, barriers that also complicate development of a curative HIV therapy in humans.

In 2014 alone, Dr. Picker had seven separate studies in this field that benefitted from $7,094,022 in grants from the National Institutes of Health, plus additional funding from the National Institute of Allergy and Infectious Diseases. Furthermore, in 2013 Picker’s reports described a promising vaccine that was able clear SIV from a monkey’s body when given before infection.

According to a university press release, Picker’s lab uses a typically harmless virus called cytomegalovirus, which is already carried by a large percentage of the population, to target simian immunodeficiency virus (SIV).

The latest breakthrough to come from Dr. Picker’s important research involves curing patients that have already been infected with SIV/HIV. Even while being treated with anti-retroviral medication, the disease can still persistently replicate in B cell follicles, which exclude the antiviral killer “T” cells that are so important to fighting invasive viruses.

Because the virus found a “biological sanctuary” in the form of B cell follicles, it cannot be destroyed by even the most effective killer T cells. In SIV-positive monkeys on anti-retroviral medications, the low-level SIV replication that remained was largely found in the same B cell follicles, suggesting that therapeutic vaccines targeting killer T cells, which are designed to rid the body of this residual SIV, will fail until the B follicle sanctuary can be breached.

The researchers report that this discovery has identified one of several key barriers to eliminating SIV in nonhuman primates, barriers that also complicate development of a curative HIV therapy in humans. Picker’s group is currently testing whether this novel vaccine can facilitate of clearance of SIV when given after infection. The current findings help Picker and colleagues better understand the barriers needed to optimize this vaccine, with the hope that it will ultimately contribute to a cure for HIV.

In collaboration with prominent researchers at his and other leading life science institutions, Louis Picker has established a legacy of important and well-funded HIV/AIDS research at OHSU. For example, in addition to over $7 million in NIH grants, Dr. Picker also received over $25 million in AIDS vaccine research funding from The Gates Foundation.

Taken together, Dr. Picker’s important research and the associated funding are a boon for OHSU life science research.

Other key life science statistics from the Oregon Health and Science University include:

As a growing research institution, OHSU benefits from hundreds of active and prominent scientists, researchers and educators and the important projects on which they are working.

Lab equipment vendors interested in meeting and promoting their products to some of Oregon’s most influential and highly subsidized researchers can attend the 13th Annual BioResearch Product Faire™ Event at The Oregon Health and Science University.

Held on September 3, 2015 in Portland, this top-level event brings Oregon’s prominent researchers together with lab vendors to discuss the latest in biotechnology and lab consumables.

To learn more about attending this event for free as a researcher, click here:

For more information on becoming a lab supplier in the OHSU life science market, click below: