The Parnassus Heights is the oldest and the largest of the University of California, San Francisco campuses. It houses basic science, clinical and translational research programs.  It is also home to UCSF’s Colleges of dentistry, medicine, pharmacy as well as its School of Nursing. After successfully developing the 60 acre Mission Bay campus, attention is now being directed toward the 107 acre Parnassus campus where half the buildings are at least 50 years old. The goal is to re-imagine the campus in a way that both fosters advances in the ever changing fields of health sciences and harnesses the power of new, data-driven, technology.

UC Riverside, once considered by some as the poor cousin to more established UC's, is now a thriving beehive of growth and activity in the areas of biomedicine and life science research. UC Riverside has always been strong in agriculture, business, and engineering; but UC Riverside had lacked the prestige that comes with being a medical training center, until now.  With a new medical faculty, a new medical school, new buildings, and new research programs, UC Riverside is on its way to becoming a world class research institute in the medical science field; a title previously reserved for its rich cousin's in Southern and Northern California.

Despite a challenging economic climate, Michigan State University (MSU) in East Lansing is thriving and continues to develop strong research programs. Currently the university is working on constructing a $40-million bioengineering facility, along with other building projects in progress that include the Bott Building for Nursing Education and Research and a state-of-the-art Plant Science Building.  When completed, these buildings will add to an already strong research hub at MSU. 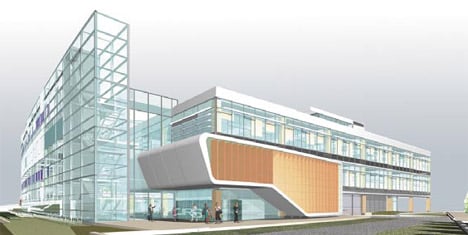