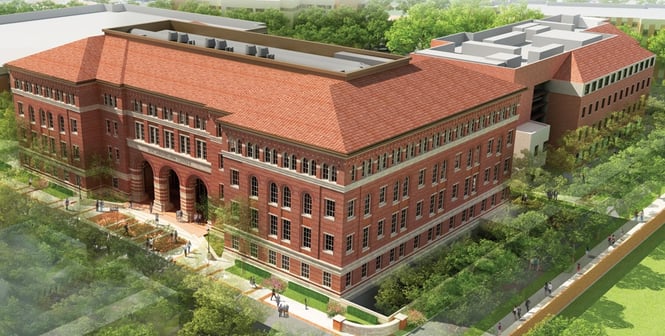 Breaking news, the University of Texas, Austin is bridging the gap between research and commercialization with its new $1 million dollar drug development lab called UT Advance. The lab is aimed at helping the researcher move their projects farther down the drug pipeline. The University has an,  “outstanding preclinical research programs in drug development and targeted drug delivery," said M. Lynn Crismon, dean of the College of Pharmacy. "This facility will help our researchers … more efficiently and effectively to get their discoveries into human trials."
END_OF_DOCUMENT_TOKEN_TO_BE_REPLACED
0 Comments Click here to read/write comments

There's a reason why top university medical centers garner the prestige (and the funding) that they do: research labs + medical school + hospital = optimization of all three units, with ripe opportunities for collaboration, sharing of resources, and recruiting the best medical scientists. So there's always reason to cheer when a major university med center like Ohio State builds new facilities, whether they're clinical or research, because both will support the institution's overall mission and budget.  In the case of Ohio State's new James Cancer Center and Solove Research Institute, both patients seeking treatment and scientists doing basic and applied cancer research will benefit from the state-of-the-art building that is rising on the Columbus medical campus right now, with its opening due in 2014. The complex will house the cancer center on 12 stories; the other 8 will comprise the critical care hospital, mechanical equipment and an as yet undetermined floor.