The University of Pennsylvania is currently in the planning stages of constructing a new research campus along the Schuylkill River. The South Bank of the Schuylkill, pronounced ‘SKOO-kəl,’ is a vital component of the University of Pennsylvania’s campus development vision. The Penn Connects 2.0 strategy has added 3 million square feet of space to new UPenn research campuses since 2006.

UC Riverside, once considered by some as the poor cousin to more established UC's, is now a thriving beehive of growth and activity in the areas of biomedicine and life science research. UC Riverside has always been strong in agriculture, business, and engineering; but UC Riverside had lacked the prestige that comes with being a medical training center, until now.  With a new medical faculty, a new medical school, new buildings, and new research programs, UC Riverside is on its way to becoming a world class research institute in the medical science field; a title previously reserved for its rich cousin's in Southern and Northern California.

In the David and Goliath world of science research funding, young scientists who lack the experience and PI status to pull in funding from sources like the NIH and NSF now have a new resource at petridish.org.  The website, just launched in a beta version, allows scientists to appeal to ordinary folk for funding to support their research, with typically modest goals of $10,000 or less. The nine projects that debuted on petridish.org are almost all led by PhD candidates, post-docs, and staff researchers from top universities, and most are looking to travel to do data collection for life science projects.  These could be tomorrow's big names in science research, getting innovative about moving their research forward now.

An anonymous gift of $16 million in science research funding to the Raymond and Ruth Perelman School of Medicine at the University of Pennsylvania will fund the establishment of the Neuroscience of Behavior Initiative, which aims to strengthen Penn’s program in basic, translational, clinical and population research into the areas of addiction, depressive disorders and neurodegenerative disease. The gift is the single-largest donation for neuroscience research in the school’s history. 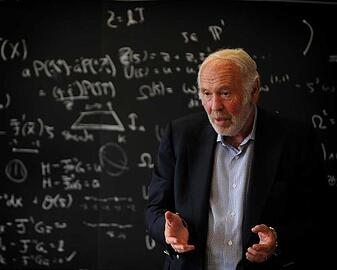 The recent news out of New York regarding SUNY Stony Brook's future could not be better: a private donation to the Long Island university of $150 million will not only secure the future of its science programs but will allow Stony Brook to move up in order of magnitude into the ranks of top life science research institutions nationwide.  The gift was made by the Simons Foundation, with the agreement by New York State that it will institute a new tuition structure for wealthier students and commit to a $35 million capital construction plan.  The gift will go towards insuring research excellence in the School of Medicine, hiring top research faculty, and recruiting the best graduate students.