According to Prue Talbot, the director of the UC Riverside Stem Cell Center:

“During the past five years, the consortium universities have developed stem cell research and teaching programs, and this is a wonderful time for the campuses to collaborate and take advantage of our complementary expertise in stem cell biology and to share our technical expertise in this research area.”

As we reported in an earlier blog, UC Riverside is building the first new medical school in California in over 40 years. They completed the research building last year and are now on track to enroll the first class of medical students in August, 2013, thanks to a recent commitment of funding by the county and the UC Office of the President. The School will have to re-seek accreditation after funding delays, but with the commitments in place, it is expected to pass. 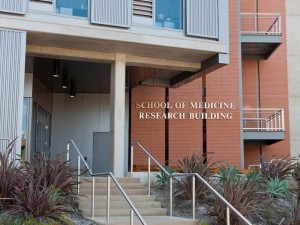 With an estimated shortage of 3,000 primary care physicians in the Inland Empire region, vociferous advocates of the UCR med school have been backed by statistical data shedding light on the need for a local medical teaching and research institution. “The medical school will be an economic stimulus to the region, as well as improving access to healthcare,” said UCR Chancellor Timothy White in a March 30 letter. “There is a well-documented need for more physicians and better health care access in Inland Southern California.” Big dreams are harder to realize in tough economic times, but UCR, the county, and other local heathcare groups have remained determined to train young doctors and researchers here where they are most needed.

Biotechnology Calendar, Inc. looks forward to holding its 7th annual Riverside BioResearch Product Faire™ Event on the UC Inland Empire campus on August 22, 2012. We are a full service event marketing and planning company producing on-campus, life science research tradeshows nationwide for the past 20 years. We plan and promote each event to bring the best products and services to the best research campuses across the country. If you are interested in attending UCR or for more information, click the buttons below:

Check our 2012 Nationwide Show Schedule to see all of the life science research communities we serve.