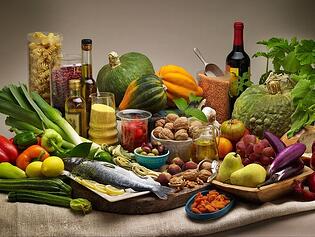 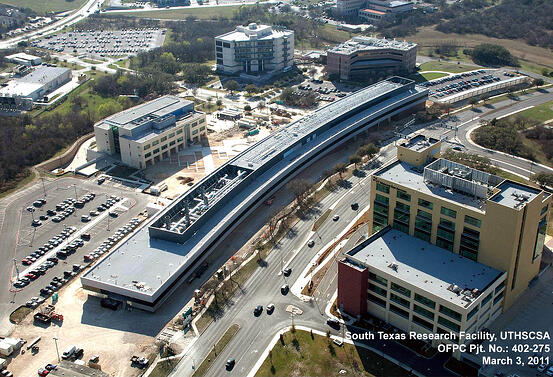 San Antonio is about to celebrate the opening of a major new science research building: the STRF, or South Texas Research Facility on the campus of the University of Texas Health Science Center.  The 190,000sf state-of-the-art research facility is stretched over only three floors, so the building is low and long: 1000 feet long.  If you tipped over the Eiffel Tower...well, you get the idea.  UTHSCSA started planning the new lab and office space three years ago when it became clear that their research faculty was growing at a healthy rate, but their facilities were not keeping up.  When it is fully occupied, the STRF will house 350 faculty and staff members. Plans are to fill 60% of the building with current faculty and their research teams and to use the remaining space for new recruits, specifically 15 to 20 top scientists and their associates to be brought on board.

The four core programs moving to the STRF are: