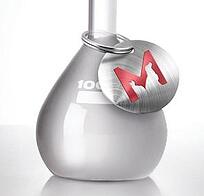 The University of Southern California has a thriving regenerative medicine research headquarters at the Broad Center within the Keck School of Medicine. Established in 2006, the Center's $80M state-of-the-art building opened in 2010 to house eleven research teams and four core laboratories. In addition to seeking out therapeutics, though, a team of USC stem cell scientists is marrying their study of stem cell functioning to a more thorough understanding of regenerative biology as it happens naturally in many species of animal. Drs. Cheng-Ming Chuong, Randall B. Widelitz (right), Ping Wu, and Ting-Xin Jiang of the Department of Pathology discuss their lab research, which looks at stem cells in hair and feathers in particular, in a recent article published in the journal Physiology.

At the University of Pennsylvania, Steve Fluharty is the senior vice provost for research, as well as a professor and researcher himself in the School of Veterinary Medicine. Now he's got one more hat to wear, as a member of the selection committee for the newly-announced Golden Goose Awards, sponsored by a congressional committee and supported by the AAAS and a broad base of other organizations and industry. At a time when basic research in particular is hard-tasked to justify its continued funding, the point of the awards is to look positively at the sometimes-serendipitous nature of scientific progress so as not to "kill the golden goose" (that lays the golden eggs), which all variations on the ancient fable agree is a really bad idea. Wikipedia says of the phrase: It is generally used of a short-sighted action that destroys the profitability of an asset. Exactly.