The Davis research team cautions that while triclosan may be everywhere (including the environment now, after such extensive use), it probably shouldn't be. The FDA and EPA are currently investigating whether the chemical should be classified as a drug and regulated or removed from the market. In the meantime, it's in most of your soaps and other personal care products (even toothpaste and deodorant), as well as bedding, clothes, carpets, some toys, and plastic trash bags.

UC Davis researchers from three different areas did three separate tests to gauge how a normal amount of triclosan affected muscle function. The first was a test tube experiment on isolated heart muscle cells, carried out by Dr. Isaac Pessah, chair of the department of Molecular Biosciences in the UCD School of Veterinary Medicine and a member of the MIND Institute. He found that the molecular channels through which calcium ions circulate in a healthy muscle and cause it to contract normally were compromised in the presence of triclosan, which led to cardiac and skeletal muscle failure.

The second experiment was performed on the heart and skeletal muscles of mice in the lab of Dr. Nipavan Chiamvimonvat, left, a professor of cardiovascular medicine at UC Davis Medical Center (UCDMC). She found that within 20 minutes of administering the triclosan to anaesthetized mice, their heart function dropped by 25%; another group of mice showed an 18% reduction in grip strength for as long as an hour after being given one dose of the chemical. Chiamvimonvat said: "Although triclosan is not regulated as a drug, this compound acts like a potent cardiac depressant in our models."

The final experiment was done on a small fish called a fathead minnow. Dr. Bruce Hammock is an Entomologist in the College of Biological Sciences, and his group discovered that fish exposed to triclosan for a week in their tank showed a marked decrease in swimming activity. Since we know triclosan is in our waterways already (and is in a class of chemicals that remain active in the environment for long periods of time), there is the concern that it is already compromising the survival of acquatic wildlife by making them less vigorous. 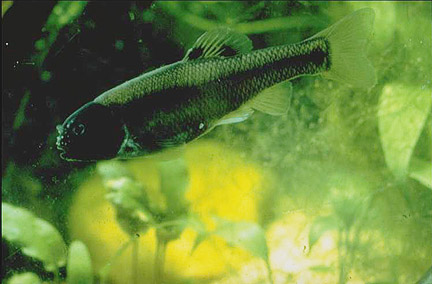 Hammond summarized the results of the 3-part study by saying:

"We were surprised by the large degree to which muscle activity was impaired in very different organisms and in both cardiac and skeletal muscle."

The good news is that the relevant government agencies are apparently heeding the warning sent up by these researchers about triclosan and are assessing the chemical threat to humans and the environment. Also, this news piece was picked up by quite a few media agencies and consequently many people heard the research findings and can at least begin to make choices about the household products they purchase if they are concerned about possible safety issues.

If you missed our last UCDMC blog, Davis Bio Research Microbiologist Rocks TEDTalk: Meet Your Microbes, also on the hazards of antibacterial living, read it here.

Biotechnology Calendar, Inc. is a full service event marketing and planning company producing on-campus, life science research tradeshows nationwide for the past 20 years. We plan and promote each event to bring the best products and services to the best research campuses across the country. Twice each year, typically in January/February and again in June, we hold our popular Sacramento/UCDMC BioResearch Product Faire™ event on the UC Davis Medical School campus. The next show will be held on February 7, 2013. Be sure to check out our newly-released 2013 Show Schedule.

Click the button below for funding and exhibit information on this venue: