Remember the character of Pigpen in the comic strip Peanuts? He walked around within a cloud of dust and dirt. Well, according to University of California Davis microbiologist Jonathan Eisen, we all live within our own aura of microbes --10 times as many microbial cells as human cells!--and that's probably a very good thing for our health. It sounds counterintuitive at first, but not all microbes are bad. We've come to realize intestinal biota are good for digestion and colon health (among other things), but the outside of our bodies is also host to vast colonies of microbes that are increasingly proving to be vital cohorts of our immune system.

The UC Davis Cancer Center was recently recognized as a "comprehensive" center by the National Cancer Institute (NCI). This is the most prestigious honor that a cancer center can receive and designates the renamed, UC Davis Comprehensive Cancer Center as one of the top cancer research institutions in the country.

On January 25th of this year we held our 9th semiannual Sacramento BioResearch Product Faire event on the medical campus of the University of California Davis, in Sacramento. The UC Davis Health System includes the School of Medicine, School of Nursing, and the Medical Center with its state-of-the-art teaching hospital.  Also part of the Sacramento biomedical hub where we hold our events are the UC Davis Children's Hospital and the Shriner's Hospital for Children of Northern California. 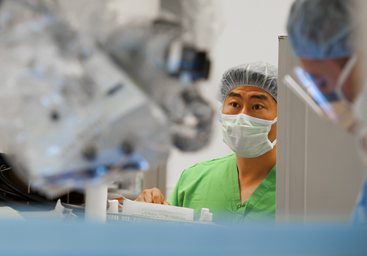