Sight is something that a majority of the population will never have to worry about losing. However, many diseases threaten sight, like age-macular degeneration (AMD). This degenerative disease becomes more likely with older age, and causes a loss of central vision in the retina. In the United States more than 10 million people suffer from AMD, the majority of those aged 55 and older.
END_OF_DOCUMENT_TOKEN_TO_BE_REPLACED
0 Comments Click here to read/write comments 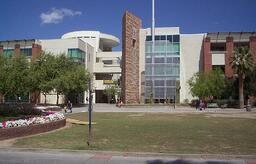 Cinnamon is a popular flavor commonly used around the world in many candies, foods and drinks. Current research shows that it might be valuable for more than just flavoring, though. (Image courtesy of Wikimedia Commons).

Algae To The Rescue

Could algae hold the energy answers to our fuel depleted world?

In today's world, energy reserves are being depleted gallon by gallon at an astounding rate. Thanks to the advances of technology and highly funded research we might be able to harness the underutilized power of algae.

Lymphoma, a type of blood cancer, occurs when white blood cells begin behaving abnormally, and do not properly protect the body from infections and diseases. There are two main types of lymphoma, Hodgkin Lymphoma and Non-Hodgkin Lymphoma, and although between 30 and 60 percent of patients with lymphoma can be cured through different treatment methods like chemotherapy and radiation therapy, there are still problems with lymphoma being resistant to some drugs used. The National Cancer Institute, part of the NIH, recently awarded the University of Arizona Tucson a 5-year, $1.59 million life science grant to study methods of combating drug resistance in lymphoma treatments.

Lab suppliers working to find markets where life science professionals keep their well funded research labs and advanced research facilities stocked with life science products may want to take a closer look at the University of Arizona, Tucson. This nationally renowned research university is home to over 57 shared research facilities and a wealth of research funding. The University of Arizona, Tucson website states, “This extensive offering provides faculty, scientists and students with access to not only to the latest instrumentation, but also to experienced staff with expertise in designing and conducting experiments and analyzing data.”