Researchers at the University of Colorado Boulder have received a $1.1 million grant from the Bill & Melinda Gates Foundation to support development of next-generation vaccines. If the project is successful, these new vaccines will be able to defend against diseases with just one shot and won't need to be refrigerated. These improvements could have an immense impact on the difficult challenge of dispensing life-saving immunizations. 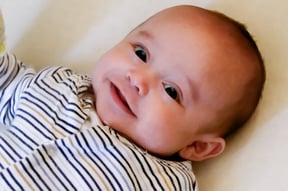 It is well known that infants rely on their mothers for food and nutrients in their early years. However, the effect that the hormones in this food have on an infant's development has not previously been known. Recent research conducted at the University of Colorado, Anschutz Medical Center has shown that hormones in human breast milk contribute to the health of the feeding infant. (Image by Voiceboks via Wikimedia Commons)

Investments in Infrastructure Ongoing at UColorado

This month the University of Colorado’s research budget was expanded by a $10 million grant from the NIH. This five-year grant will enable the university to continue its partnership with Duke University in the development of the Palliative Care Research Cooperative Group (PCRC).

If you are a life science professional or lab supply vendor looking to make new connections in the life science industry, then we have the venue to accommodate your search. Biotechnology Calendar, Inc. is hosting five BioResearch Product Faire™ Events at various top tier universities in Colorado, including: