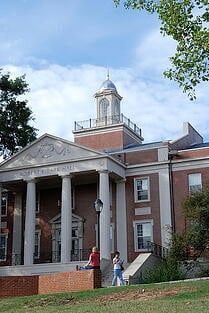 The vitamin B-12, which is vital to human nutrition, is a very complex coenzyme that is produced by many microorganisms. Along with having an impact on the development of the human nervous system and preventing certain diseases, B-12 is also needed by human pathogens, like salmonella, for intestinal infections.

The University of Georgia, Athens has a multitude of life science programs and centers that train both undergraduate and graduate students to become the world-class scientists. Some of these training programs include:

The University of Georgia in Athens and Emory University in Atlanta are two powerhouse research institutions, both receiving millions of dollars in annual funding to support research projects. Not only are researchers at these 2 universities hard at work on their own projects, but researchers from both institutions are also hard at work on collaborative projects between the schools.