Diabetes develops when the pancreas does not make enough insulin, the body's cells do not use insulin effectively, or both. As a result, glucose builds up in the blood instead of being absorbed by cells in the body. 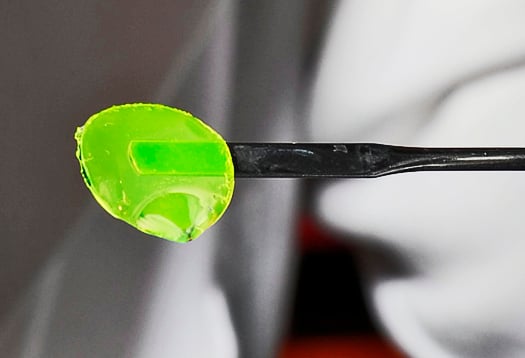 Georgia Tech and Emory University researchers engineered a hydrogel, a material compatible with biological tissues that is a promising therapeutic delivery vehicle. This water-swollen, cross-linked polymer surrounds the insulin-producing cells and protects them during injection.

The hydrogel containing the islets was delivered to a new injection site on the outside of the small intestine, thus avoiding direct injection into the blood stream.

Once in the body, the hydrogel degrades in a controlled fashion to release a growth factor protein that promotes blood vessel formation and connection of the transplanted islets to these new vessels. In the study, the blood vessels effectively grew into the biomaterial and successfully connected to the insulin-producing cells.

Four weeks after the transplantation, diabetic mice treated with the hydrogel had normal glucose levels, and the delivered islets were alive and vascularized to the same extent as islets in a healthy mouse pancreas.

The technique also required fewer islets than previous transplantation attempts, which may allow doctors to treat more patients with limited donor samples. Currently, donor cells from two to three cadavers are needed for one patient.

At Biotechnology Calendar, Inc. we produce life science shows at universities like Emory University, that allow for researchers like those working on breakthroughs in healthcare to discover new laboratory products and services. Take a look at the show gallery from last year's Emory Event and sign up to exhibit at our upcoming 16th annual BioResearch Product Faire™ event. Also, researchers, join us for free lunch, door prizes, and giveaways at the 2015 event.

Click the buttons below to see further funding statistics at Emory, or to exhibit at the upcoming BioResearch Product Faire™ Event on March 5th.