Involved in this funding project, the most ambitious in the university's history, were over 158,000 donors who gave more than 403,000 gifts to the university during the project's span of roughly seven years. Additionally during the Creating Futures time period, more than $240 million was given towards endowments, bringing the university holding up 57% to $937.4 million. 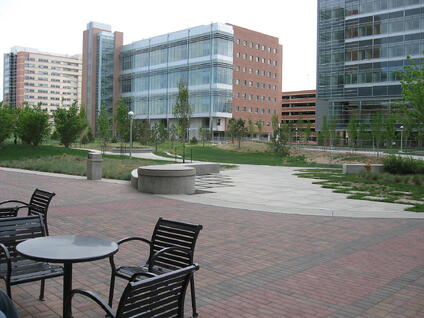 With the achievement of the university's $1.5 billion dollar goal, many are very excited for the positive impact this funding will have for the campuses, the faculty, the students, and the educational and research efforts. This funding will be set aside for the use of scholarships, faculty and program "enhancements", faculty upgrades, and specifically research.

The Anschutz Medical Campus will benefit especially well from the results of this campaign, with $772.4 million received from 26,617 donors. Specifically helping this CU campus were volunteer campus campaign chairs Nancy and Carl ("Spike") Eklund, both alumni from the University of Colorado.

“Throughout Creating Futures, it has been an honor to work with my volunteer peers who have worked to serve this great university and inspire donor support,” Carl Eklund, additionally chair of the CU Foundation board of directors, remarked. “The University of Colorado is an integral contributor to the health and welfare of citizens throughout and beyond this state. Today, we celebrate its fundamental role as a core Colorado institution.”

Some notable supporters of the Anschutz campus include the Anschutz Foundation, with gifts for the campus spanning more than $120 million since its inception; the Gates Frontiers Fund, with $14 million in gifts to create the Charles C. Gates Center for Regenerative Medicine which will allow the campus to grow in the area of stem cell research; Anna and John J. Sie, with their donation of over $17 million going towards establishing the Linda Crnic Institute for Down Syndrome; and the ALSAM Foundation, with their donation of $11 million opening a new home for the Skaggs School of Pharmacy and Pharmaceutical Sciences.

University of Colorado President Bruce Benson ('64) co-chaired this project along with his wife Marcy and could not be happier regarding the results of this ambitious funding effort.

“CU is an outstanding university and we intend to build on its greatness with the support of alumni, friends and organizations that will help us add value to our academic and research endeavors,” Benson said. “This campaign will enable CU to continue to provide students with access to a world-class education and allow the university to augment its role as an economic driver and jobs creator that advances the economy, health and culture of Colorado and beyond.”

If you are a life science researcher or laboratory manager in need of new research tools, or a lab supply vendor in the Denver area, plan on attending Biotechnology Calendar Inc.'s Denver BioResearch Product Faire™ life science marketing event located at the University of Colorado, Anschutz Medical Campus on June 19, 2014.

Biotechnology Calendar, Inc. is a full-service life science marketing event planning company producing on-campus life science research tradeshows nationwide for going on 21 years. We plan and promote each life science marketing event to bring the best products and services to research campuses across the country. Life science researchers, purchasing agents and lab managers are invited to attend to see the latest products and equipment and discuss their laboratory needs. See our Nationwide Show Schedule for 2014 and click the button below for more funding information regarding this high level research university.