A link between the Zika virus and microcephaly has finally been proven by researchers at the University of California, San Francisco, ending the pervasive question sparked earlier this year.

Since it's designation as a global health emergency, the 2015 Zika Virus Outbreak has been researched heavily by organizations across the globe striving for a way to protect pregnant women and their developing fetuses. Until this recent outbreak occurred, Zika was considered relatively harmless and had only a handful of papers published about it. In adult humans, the Zika virus rarely produces side effects, and for the 20% that do experience symptoms, they are relatively mild and easy to treat.

It wasn't until Central and South American regions began experiencing this recent outbreak and also started presenting with unusually high rates of newborn birth defects did a correlation begin to emerge and cause widespread concern. Microcephaly, a permanently disabling condition that fetuses develop often from a genetic mutation (depicted below courtesy of Wikimedia), and eye defects were confirmed in over 1,000 newborns in Brazil with nearly 4,000 further cases suspected.

The Zika virus (shown below on the right courtesy of Wikimedia and Thomas Splettstoesser) uses mosquitos as a means to enter the human bloodstream. Once a pregnant mother is infected, Zika somehow has the capacity to penetrate the fetal-placental barrier and enter the womb. Dr. Arnold Kriegstein of the Broad Center of Regeneration Medicine and Stem Cell Research at the University of California, San Francisco was asked "how is this virus able to enter a fetus' bloodstream and cause such devastating defects while leaving the mother asymptomatic?"

To answer this question, Dr. Kriegstein and his team decided to focus on the development of microcephaly in newborns whose mothers had been exposed to the Zika virus. While investigating brain cells that can lead to microcephaly, this UCSF research team came across a suspicious protein receptor which led them to publish their important findings in the journal Cell Stem Cell.

“If we can understand how Zika may be causing birth defects,” Kriegstein said, “we can start looking for compounds to protect pregnant women who become infected.” 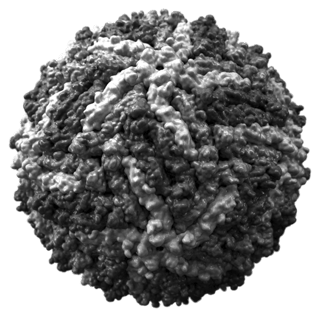 In the study, Dr. Kriegstein's lab identified a protein receptor called AXL which is located both on the surface of brain stem cells and in retinal progenitor cells. This culprit is largely located in radial glial cells (specialized brain stem cells which go on to develop into the cerebral cortex of the brain) and coincidentally enough, these glial cells produce excessive amounts of receptors during the second trimester of pregnancy, however, they are not found in mature, adult neurons.

AXL receptors, have been previously identified as one of four known receptors which can turn a non-infectable cell into an accessible cell for viruses like Zika which require cellular cooperation to enter. This boils down to a high probability that the location of AXL receptors on these radial glial and retinal progenitor cells is the pathway the virus uses to infect fetuses and ultimately lead to microcephaly and ocular defects.

“This is precisely the kind of damage we would expect to see from something that was destroying neural and retinal stem cells during development,” -Dr. Kriegstein

“While by no means a full explanation, we believe that the expression of AXL by these cell types is an important clue for how the Zika virus is able to produce such devastating cases of microcephaly, and it fits very nicely with the evidence that’s available... next we need to...demonstrate that blocking this specific receptor can prevent infection.”

(Photo taken at the 2015 Biotechnology Vendor Showcase™ Event at UCSF)

In the 2015 fiscal year, UCSF received more than $563.6 million in funding from the NIH and ranked #1 in Life Science R&D Expenditures in 2014. With so much in funding to support a wide variety of life science research projects including Dr. Kriegstein's, UCSF is a great marketplace for lab suppliers to discuss their products with active scientists. Biotechnology Calendar, Inc. produces a Semiannual Biotechnology Vendor Showcase™ Event in San Francisco that does just that: provide lab suppliers with the opportunity to meet face-to-face with hundreds of academic researchers in one place in only a few hours' time.

Join us at this upcoming event to connect with scientists and demonstrate your products and services. The 25th Annual Biotechnolgoy Vendor Showcase™ Event at the UCSF Parnassus campus will be held on June 9, 2016. To learn more about participating in this event, visit the following link: