As part of the High-Risk, High-Reward Research program supported by the NIH Common Fund, seven UCSF researchers received the funding for their innovative approaches to medical research.

Recipients of these awards include:

Four UCSF researchers received the New Innovator Award, which supports unusually innovative research from early career investigators who are within 10 years of their doctoral degree or clinical residency and have not yet received a research project grant (R01) or equivalent NIH grant.

Sophie Dumont, PhD, Assistant Professor of Cell and Tissue Biology and of Cellular and Molecular Pharmacology

Dr. Dumont and her colleagues are studying chemical and mechanical forces workings of cells, from the molecular level to the tissue level, with particular attention to the errors in chromosome segregation can lead to birth defects and disease.

Dr. Ganguly is researching strategies to enhance recovery of the nervous system after injury or stroke, as well as improvement of neuroprosthetic devices intended to help stroke victims regain control of affected limbs.

Dr. Kampmann studies how cells maintain their proteins in a functional and balanced state, called the “proteostasis network”. This work has strong implications for the discovery of new therapies and drug targets for neurodegenerative diseases such as Alzheimer’s disease and Huntington’s disease.

Dr. Bondy-Denomy is researching how bacteria protect themselves from viral infections using CRISPR/Cas9 - a tool that can edit the genomes of virtually any organisms.

David A. Solomon, MD, PhD, clinical fellow in the Department of Pathology

Dr. Solomon and his team are studying mutations that disrupt the function of a gene known as STAG2, an effort which has implications in the study of many diseases including bladder cancer.

The NIH awards given to these prominent UCSF researchers represent just a portion of the funding that is regularly bestowed to life scientists at the university. 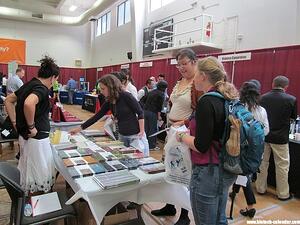 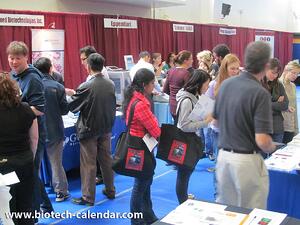 To learn more about participating in these annual life science events, click below: