Researchers at Texas Medical Center’s (TCM) Houston Methodist Hospital have invented a way to overcome chemotherapy drug resistance and destroy the deadliest type of brain tumors without destroying the surrounding tissue. This targeted approach combines a “smart drug” with chemotherapy. In animal models of human brain cancer, this smart drug prolonged life by over six fold.

Currently, doctors have two options when a patient needs a facial bone replaced due to injury or illness, such as cancer. They can take a bone from another part of the body and graft it into place. However, implant morbidity and complications caused by the trauma of multiple surgeries make this option less than ideal. The second option is to graft synthetic materials to the site. However, from time of injury to delivery of the custom implant takes about three to four weeks, which reduces the chances of the patient healing properly. But now a new technology being developed by researchers at Texas A&M’s College of Dentistry may revolutionize the treatment process.

The University of South Florida announced the creation of a Department of Medical Engineering. This trans-disciplinary department consists of physicians and engineers specializing in chemical and mechanical engineering, biomedicine and nanotechnology. It was established through the collaborative efforts of USF’s College of Engineering and USF’s Health Morsani College of Medicine. The goal is to combine related aspects of engineering and medicine while providing access to real-world health care environments for education and research.

WU Research: $34M to Build Better Maps of the Brain

Despite recent advances in neuroimaging, the medical community still lacks a comprehensive map of the brain and how it changes with age. Such maps would make it possible for doctors to distinguish between what is normal aging and what is atypical, which would make it possible to link atypical changes to neurological diseases and various mental health issues. Thanks to a $34 million NIH grant, Washington University School of Medicine in St. Louis will lead a project to make such maps of the brain a reality.

Texas Medical Center Researchers Closer to Cause of Huntington's

Researchers at Texas Medical Center’s Rice University recently discovered that Huntington’s Disease might be triggered by a repeating nucleotide sequence in the gene for a mutant protein. The research team conducted this study by analyzing proteins that were suspected to misfold and form plaques in the brains of patients with neurological diseases.

The University of Georgia, Athens has been awarded a four-year $1.3 million research grant from the National Institute of Health to create a method of analyzing the large amount of biological data generated by current biotechnology. The funding will be used to develop better statistical tools for crunching big data numbers in order to clarify the causes of several serious illnesses including cancer and heart disease. 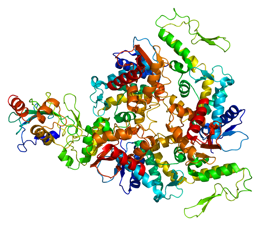 Researchers at Texas Medical Center’s McGovern School of Medicine piloted a revolutionary way of treating spina bifida patients in utero. The new method utilizes a patch made from human umbilical cord and the regenerative tissue does not cause scarring, which often leads to complications. Recent clinical trials preformed at TMC’s Fetal Center at Children’s Memorial Hermann Hospital showed improved outcomes for babies inflicted with the birth defect.