Waste is an inevitable bi-product of human life, industry, and agriculture.  One of the scientific challenges we face as a society is managing that waste and minimizing its deleterious effects on the environment that we depend upon for current and future sustenance.  This ecosystem management increasingly involves the utilization of life science processes whereby good bacteria eat the unwanted effluent and render it neutral or even beneficial through an organically bioactive treatment system.  This process is called bioremediation, in contrast to chemical sterilization systems (e.g. chlorination) that can cause problems downstream. 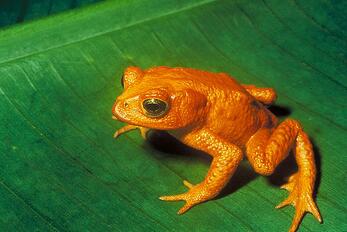 Despite 400 million years of evolutionary success, amphibians are dying out, thanks to habitat loss, increased levels of UV radiation, invasive species, climate change, emerging infectious diseases, and agricultural contaminants. These factors all make the frog's life and that of his fellow cold-blooded tetrapods harder and harder. Realistically, it's nearly impossible to address most of the factors contributing to his endangerment in the time frame needed to stave off extinction.

Microbiology Research into Healthy Buildings at University of Oregon

If you're in a modern building with an HVAC system, you probably think of it as a controlled environment: air, relatively clean, either warm or cold depending on the setting, is pumped in for your respiratory benefit.  Yet hospitals and schools are some of the worst places to go if you don't want to get sick, even if you never touch a single surface.  That's because the air is full of trillions of microbes, and buildings (any buildings) host their own complex ecosystems which we're just now starting to study.  Researchers in this relatively new field include biologists as well as architects who are working together to understand the "built environment microbiome."  The University of Oregon's BIOBE Center (Biology and the Built Environment) is a hub for this research into what makes a building good for human health, or not.

Do you think of chemical engineers as life scientists?  How about petroleum engineers?  Surely there's nothing biological going on in a tank of gasoline?  Not now perhaps, but millions of years ago that black ooze we call crude oil was alive, in the form of plant and animal matter.  Hurrying the chemical breakdown of living matter into something we can burn in our cars is the challenge for some of today's brightest chemical engineers who work on turning algae into fuel in an efficient, sustainable green chemistry process.