Weins warns that, “Cultivated crops in the grass family account for half of the calories consumed by humans," and that the evidence suggests “…that many species may not be able to evolve out of danger on their own.” What their research found was that the amount of niche change needed to match the projected change in the climate may be too much for many species.” 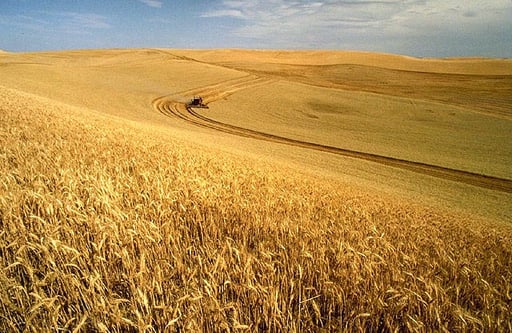 What is niche change?

Dr. Wiens explains in the article for UA News, "Let's say the climate warms by two degrees in an area where a local population of grasses grows. If the population survives that change, it was able to shift its climatic niche. From an evolutionary perspective, we find that niches change very slowly and often not very much. The rates of niche change among grass species are often just a few degrees per million years. But now, species may need to make similar changes in less than a hundred years."

According to the research study, when a species faces a rapid shift in its local climate, three outcomes are likely: It can move to higher elevations and latitudes to stay within its original niche conditions; shift its niche to encompass the new conditions; or go extinct.

How was this study conducted?

The UA team compared past rates of niche change in 236 species of plants in the grass family with projected rates of climatic change by 2070. The first step was estimating past rates of climatic niche shifts. They did this by reconstructing ancestral values of each climatic variable for the ancestor of each pair of closely related species. They then looked at the difference between the current estimated niche value for each species and that of its most recent common ancestor. This gave them the niche shift each species had undergone during its evolutionary history.

The next step was comparing the pace of the past shifts with the pace of projected climatic change. They utilized three projected scenarios: minimum, maximum and intermediate levels of future change. Rates of niche change in temperature variables typically fall between 1 and 8 degrees Celsius per million years. The data used for the study put the rate of future change at approximately 0.02 degrees per year. That would be about 3,000 – 20,000 times faster than in the past. For comparison, the EPA projects an average increase of global temperatures of at least 2.7 degrees Fahrenheit by 2100.

What does this mean for us?

If the projections for global warming are correct, scientists will have to find ways of helping grass crops adapt. Otherwise there, is the potential for massive crop failures, especially in underdeveloped countries where they don’t have access to large scale irrigation. Since wheat, corn, rice and sorghum occupy more than half of farmed land worldwide, their failure could mean there wouldn’t be enough food for our current population of 7.5 billion people, let alone the population of 11 billion that’s expected by 2100.

More About the University of Arizona

To learn more about participating in this premiere life science marketing event and increasing laboratory equipment sales, visit the link below:

Science professionals attend for free. Save time at the door by preregistering.