Researchers at Texas Medical Center’s (TCM) Houston Methodist Hospital have invented a way to overcome chemotherapy drug resistance and destroy the deadliest type of brain tumors without destroying the surrounding tissue. This targeted approach combines a “smart drug” with chemotherapy. In animal models of human brain cancer, this smart drug prolonged life by over six fold. 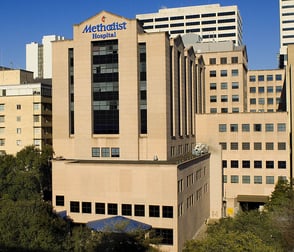 This new treatment is specifically designed to help fight Glioblastoma multiforme (GBM), the most aggressive form brain cancer that has no cure. It is one of the few cancers to still have a 100 percent fatality rate. The median survival for adults with an anaplastic astrocytoma is about two to three years. For adults with more aggressive glioblastoma, median survival is only about 14.6 months and two-year survival is a mere 30 percent.

GBM is so aggressive partially due to the fact that the tumors develop from normal brain cells, making it easier for them to invade and live within normal brain tissue. Though surgery may be done to relieve pressure on the brain, and remove as much of the tumor as possible, because gliblastomas have finger-like tentacles, they are very difficult to completely remove. This is particularly true when they are growing near the parts of the brain that control important functions such as language and coordination. In addition “Chemotherapy resistance has limited the use of temozolamide, a drug used to prolong the life of these patients,” explains Dr. Martyn Sharpe, a senior investigator on the study, in an article for TMC News.

In an attempt to deal with these issues, a team of researchers led by Dr. Sharpe and neurosurgeon David S. Baskin, M.D. director of the Kenneth R. Peak Brain and Pituitary Tumor Center at Houston Methodist Hospital, have created the smart drug PAM-OBG. Their recent study found that PAM-OBG is nontoxic to normal cells. However, in GBM cells it transforms into a compound that blocks chemotherapy resistance. This is because GBM expresses high levels of the protein Monoamine oxidase B (MAOB). This protein converts the inactive drug into a compound that prevents chemotherapy resistance. This in turn allows for the destruction of the brain cancer cells.

The National Cancer Institute recently awarded The Houston Methodist Research Institute a $9 million grant to establish a research center focused on the physics of cancer immunotherapy.  The institute will become the lead site for the NCI-designated Center for Immunotherapeutic Transport Oncophysics (CITO), which focuses on designing immunotherapies for breast and pancreatic cancers. Thus far these forms of cancer have proven difficult to treat with immunotherapies. The CITO’s goal is to reveal how immunotherapy works in cancer patients by combining the studies of cancer immunology, biotechnology, as well as the transport within cancer cells. By studying the body’s changes, instead of focusing only on the tumor, researchers hope to create more effective and personalized treatments with fewer side effects.

This event gives lab suppliers the opportunity to meet with over 450 active life scientists and increase their scientific sales. Lab or chemical supply companies interested in displaying and demonstrating their lab products should call (530) 272-6675 or click the link below.

Life science researchers in the Houston area are invited to attend the event for free.