Researchers at Texas Medical Center’s McGovern School of Medicine piloted a revolutionary way of treating spina bifida patients in utero. The new method utilizes a patch made from human umbilical cord and the regenerative tissue does not cause scarring, which often leads to complications. Recent clinical trials preformed at TMC’s Fetal Center at Children’s Memorial Hermann Hospital showed improved outcomes for babies inflicted with the birth defect.

What is spina bifida?

Spina bifida is a type of birth defect where the bones and membrane around the spinal cord fail to close completely. This opening leaves tissue and nerves exposed, so the baby is highly susceptible to life-threatening infections. It sometimes triggers paralysis of the legs and bladder incontinence as well as cognitive impairment.  According to the National Institutes of Neurological Disorders and Stroke, “It is the most common neural tube defect in the United States—affecting 1,500 to 2,000 of the more than 4 million babies born in the country each year.”

How is it treated?

Surgery to close the opening a day or two after birth has been the standard for decades. However, in 2011 a landmark clinical trial sponsored by the National Institutes of Health found that “if a fetus underwent in utero surgery to close the defect, the serious complications associated with spina bifida could be reversed or lessened.” Babies who had the repair done before they were born were much less likely to need ventricular shunts for hydrocephalus. In addition, they were twice as likely to be able to walk at 30 months without crutches compared to patients who had the surgery after birth.

In either case, when the opening is too large to close with the fetus’ existing skin, a patch is used. Unfortunately scar tissue can cause the patch to adhere to the underlying spinal cord. This sometimes results in a loss of neurologic function as the child ages and often requires additional surgeries to remove this scar tissue. 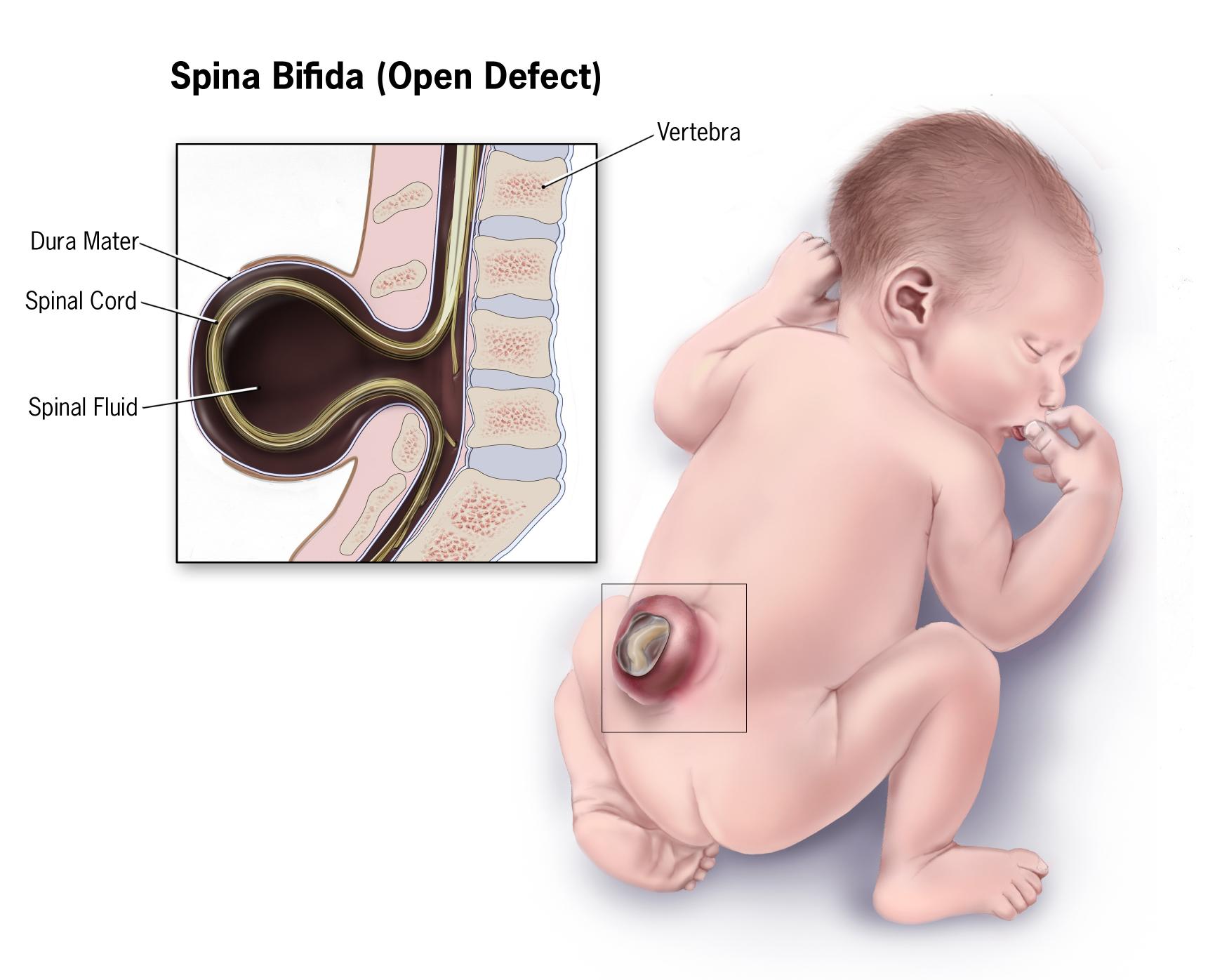 How is the new treatment different?

It is similar to the existing in utero surgery, which involves operating on the fetus while still in the mother’s womb in order to close the opening. What’s different is the use of umbilical tissue as a patch. Dr. Papanna, lead author of the study and maternal-fetal medicine specialist at TMC’s Children’s Memorial Hermann Hospital where the surgery was performed, explained, “The promise of this patch is that the umbilical cord contains specific natural material called heavy chain hyaluronic acid/pentraxin3 that has regenerative properties. It allows the local tissue to grow in at the repair site instead of a healing by scar formation that occurs with traditional repair methods. This decrease in scar formation may help improve the spinal cord function further and reduce the need for future surgeries to remove the effects of the scar tissue on the spinal cord.”

What are the results so far?

After successful animal trials, the FDA gave Papanna approval for the use of the new patch in three human cases. All three surgeries are considered successful. The babies were born just a few weeks shy of full term (premature birth is often a concern with in utero surgeries.) The patches were still securely in place at birth without any signs of leakage. Additionally, the babies retained lower limb function as well as normal bowel movements. Of course the true test will come with time. However, this patch shows promise as being the next big advancement in treating spina bifida.

Study co-author Lovepreet Mann, MB.B.S. says the use of umbilical cord tissue helps with regeneration of existing skin. "It’s creating organized growth of tissues, and the body doesn’t reject it. Even more, its source is abundant since the umbilical cord from every pregnancy could produce a new patch.”

Papanna and his team are pursuing additional clinical studies and working to gain FDA approval for more cases. They hope to apply the patch using fetoscopic repair techniques, which would reduce surgical risks to both the mother and the baby. Ultimately, they also aim to establish a standard of care for babies diagnosed with spina bifida.

TMC is the largest medical complex in the world. It is home to the World’s Largest Children’s Hospital and Cancer Hospital. The campus encompasses 50 million developed square feet. It employs over 100,000 people and currently has $3 billion in construction projects underway.

Life science researchers at TMC are involved in numerous investigative studies. To conduct their cutting edge research they need for the best and newest laboratory tools and technologies. On Thursday, January 26, 2017  Biotechnology Calendar, Inc. will host the 17th annual BioResearch Product Faire™ at the Texas Medical Center in Houston.

This event gives lab suppliers the opportunity to meet with over 450 active life scientists and increase their scientific sales. Lab or chemical supply companies interested in displaying and demonstrating their lab products should call (530) 272-6675 or click the link below. 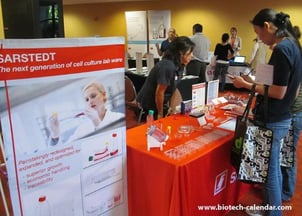 Science professionals attend the annual trade fair for free. Click on the button below for more information and to pre-register.