A vital part of academic research is networking, and one of the ways researchers share their work is at professional conferences. Universities and departments sponsor these conferences where groundbreaking papers are given (usually long before publishing) and colleagues from around the world share insights. The University of California Los Angeles has world-class scientists and other thinkers in its ranks, and Los Angeles seems a natural hub for gathering great minds for this important mode of networking. Unfortunately, UCLA has lacked meeting facilities on par with the caliber of its faculty and research labs. That is about to be remedied, thanks to a commitment by the UC Regents and a generous donor pledge to build a new conference center with a 250-bed hotel right on campus and near existing facilities. According to UCLA Chancellor Gene Block:

Traditionally, the only kind of conference with the steam to get a lot of people really worked up and to make headlines has been the sports variety, as in "Buffalo embarrasses Washington for critical conference win" or "Big East releases 2012 conference schedule."  But a scientific conference  with 1000 participants and hundreds of simulcasts by teaching hospitals, medical schools, research institutions, university life science departments, state and federal government agencies, health-oriented corporations and nonprofits across the nation?  Welcome to TEDMED 2012, coming to Washington DC (and a big screen near you) this April 10-13, and generating a lot of buzz in its advance wake.

On January 25th of this year we held our 9th semiannual Sacramento BioResearch Product Faire event on the medical campus of the University of California Davis, in Sacramento. The UC Davis Health System includes the School of Medicine, School of Nursing, and the Medical Center with its state-of-the-art teaching hospital.  Also part of the Sacramento biomedical hub where we hold our events are the UC Davis Children's Hospital and the Shriner's Hospital for Children of Northern California. 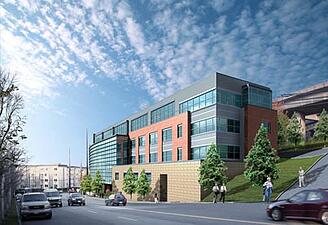 Last year, Fred Hutchinson Cancer Research Center in Seattle acquired a newly-constructed 177,000 sf building adjacent to its campus on South Lake Union for $36Million.  The complicated business of moving all of the Vaccine and Infectious Disease Division (VIDD) labs and faculty from their current building(s) into the new space is scheduled for June of 2012.  While there will be an overall increase in lab square footage, the main advantages of the relocation involve building quality, location, and financial benefits.