The UC Davis M.I.N.D. study goes by the acronym CHARGE (Childhood Autism Risks from Genetics and the Environment) and has looked at nearly 1500 children and their families since it was launched in 2003. Following the recent announcement, researchers have been careful to underscore that the obesity-autism observation made in the article, "Maternal metabolic conditions and risk for autism and other neurodevelopmental disorders," did not come from genetic data, but was an associative, statistical finding and as such is being assessed guardedly. We don't know how such an association works.  Nonetheless, the finding is getting a lot of attention in the wake of the CDC's recent announcement that autism is on the rise (up 23%), even beyond what is attributable to improved ability to diagnose autism spectrum disorders. As obesity has also risen dramatically in the past several decades, it appeals to our sense of logic that they might be related.  It is also, of course, treatable with better pre-natal health practices. 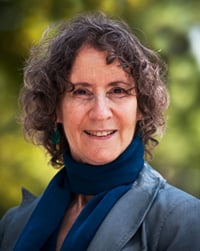 Lead author of the recent Pediatrics paper and much-interviewed PI at CHARGE, Dr. Irva Hertz-Picciotto, had already appeared on TV's popular Dr. Oz program (in February) to talk about autism and the UC Davis research study even before the latest provocative correlation was released.  She's an international authority on the effects of environmental exposures on perinatal and neurodevelopmental outcomes, having given a number of interviews after a previous CHARGE press release linking autism to the proximity of a freeway. (Apparently, a family living within 1/4 mile from a freeway while a child is in utero or an infant is at a markedly higher risk of seeing autism disorders in that child.) Dr. Hertz-Picciotto's research has also addressed the effects of lead, arsenic, mercury, pesticides, and PBCs on pregnancy outcomes and early child development.

The UC Davis Medical Center press release on the recent autism paper can be found here.

The M.I.N.D. Institute at UCDMC is a collaborative international research center focused on the Medical Investigation of Neurodevelopmental Disorders, primarily autism but also expanded to include projects on Fragile X (see our earlier blog), Down Syndrome and others. Located on the Sacramento campus, the MIND Institute faculty is currently conducting over 40 research studies from its modern clinical-research facility that opened in 2003 (below, courtesy of UCDMC). 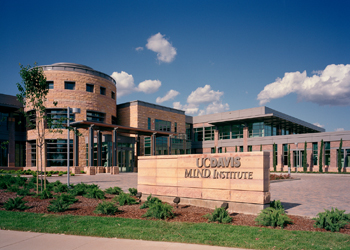 In a related news item, the non-profit Autism Science Foundation has just announced a 50% increase in funding for its annual pre- and post-doc grants. One of these valuable grants was awarded to the student/mentor team at UC Davis M.I.N.D. of Rebecca Simon and Karen Bales for their project: "The Role of Serotonin in Social Bonding in Animal Models."

Biotechnology Calendar, Inc. will be hosting its Sacramento BioResearch Product Faire event this year on June 5th, where we expect 150-200 pre-qualified life science researchers and lab decision-makers to venture forth and network with our top lab equipment suppliers exhibiting on the medical campus. For information on this event and UC Davis Medical Center funding, click the button below:

See our complete 2012 Show Schedule as well, and feel free to call one of our helpful sales associates for more information.