$77.4M in Research Funding at the University of Illinois Urbana-Champaign

Biotechnology vendors and lab suppliers in Illinois will find a well-funded market of science researchers at the University of Illinois Urbana-Champaign, according to recent NIH and NSF funding statistics. In 2012, the NIH awarded the university $69.7 million in research funding. Of the different bio departments at the University of Illinois Urbana-Champaign, the money was distributed as follows: 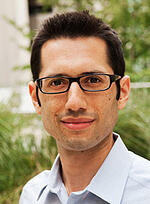