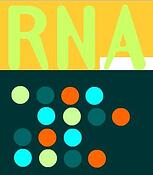 The two Rockefeller winners of the Transformative Research Awards and their labs are:

These Transformative Reseach grants are, according to the NIH, created specifically to support exceptionally innovative and/or unconventional research projects that have the potential to create or overturn fundamental paradigms (what we might also call "disruptive" technologies). Both Darnell and Tuschl study the role of RNA, and both are Howard Hughes Medical Institute investigators.

The three Rock recipients of the New Innovator Awards and their labs are:

(Joined the Rockefeller faculty in 2011 as an assistant professor)

(Joined the Rockefeller faculty in 2011 as an assistant professor)

Luciano Marraffini, Ph.D. (left), head of the Laboratory of Bacteriology

(Joined the Rockefeller faculty in 2010 as an assistant professor)

The New Innovator grants are designed specifically to support unusually creative new investigators with highly innovative research ideas at an early stage of their career when they may lack the preliminary data required for an R01 grant.

2012 NIH research funding for Rockefeller University was $57,430,443, going to 109 investigators and their teams. That figure does not include the Director's grants mentioned above. These will be the first NIH grants awarded to the three new innovators; both Drs. Darnell and Tuschl have previous NIH funding.

The Top 6 Rockefeller investigators in 2012 NIH funding each received over $2.5M for various projects:

Biotechnology Calendar, Inc. welcomes New York City laboratory research scientists on the Upper East Side to its twice-annual BioResearch Product Faire event at the Rockefeller University Campus. This event, as well as the three others we hold in New York over a four day period in the fall, bring together life scientists with laboratory equipment and supply professionals to discuss the latest developments in lab technology. Make sure these exceptional tradeshows are on your calendar:

Be sure to look at our newly-released 2013 Show Schedule as well.