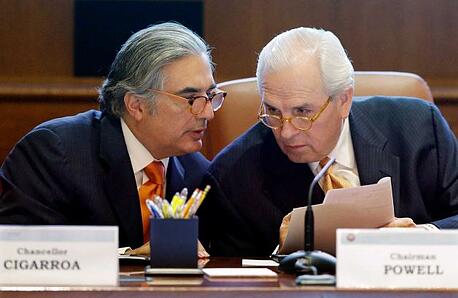 [At the Board of Regents meeting in December 2012. Photo: Eric Gay, Associated Press]

The argument for a full, Tier One medical school in the Rio Grande Valley echoes the need for more local, community-based medical training in underserved but growing multi-ethnic population centers like that at UC Riverside in Southern California, which is also in the process of developing its medical school. The idea is to provide advanced educational opportunities to people within their communities, as well as the ability to turn around and serve that community when they have the medical degree in hand. UT's other proposed new medical campus, at UT-Austin (read our blog article), seems more of a shoe-in than South Texas, but proponents of the Rio Grande Valley medical school argue that the both the need and the opportunity are greater in the border region.

UT-Pan American in Edinburg, Texas, was established 85 years ago and describes itself as a "Hispanic serving institution" that "provides an affordable education and global opportunities." The new South Texas university that would subsume UTPA is, in fact, sometimes refered to as the “University for the Americas,” recognizing its strategic location at the gateway to Central and South America. As the population of the United States becomes more Hispanic and the global nature of information and economics is an increasing reality, having a strong center of inter-American research and scholarship in this key cross-over region might be wisely forward-thinking. (See the UT image below.)

Some of the other issues that have come up in the course of discussions about the new regional campus and medical school include the without-a-home situation the Brownsville campus finds itself in, as well as the need to overcome a history of "bitter rivalries" between legislative delegates from the Rio Grande Valley region (to quote a recent New York Times article). The Brownsville campus was established 20 years ago on land leased from Texas Southmost College. Since both parties have decided not to renew that lease, UT-B finds itself hemorrhaging staff and struggling not to sink altogether. The timing is good for realignment, particularly with a stronger, unified regional university. As for the divisions among legislators from different districts in the region, UT-B Chancellor Juliet V. García describes the situation this way (also in the NYT article):

“The Valley has suffered a great deal from a nonregional mind-set. The world has thought about us as one, but we’ve acted like Friday night football.”

If they can start to think and act as a regional power bloc and the new, larger university becomes a reality, it will be eligible for some much-needed support from the Permanent University Fund, which all other UT campuses receive. The University of Texas Board clearly thinks highly of the two intertwined growth plans in the Rio Grande Valley. Despite uncertainty about the medical school's future, Regents voted last November to establish a medical school scholarship in Dr. Cigarroa's name. Apparently, he regularly turns down salary increases for his position as Chancellor, and the Board wanted to show their appreciation for his leadership. Dr. Cigarroa is still a practicing physician, albeit in a limited capacity. 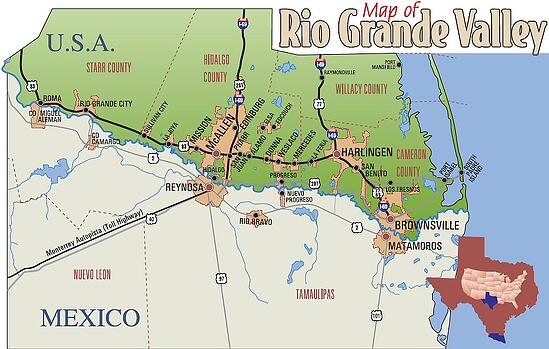 [Map courtesy of the Perry-Castañeda Library Map Collection at UT]

This year we will be holding these tradeshow events in Texas:

Contact one of our knowledgeable sales associates for more information!