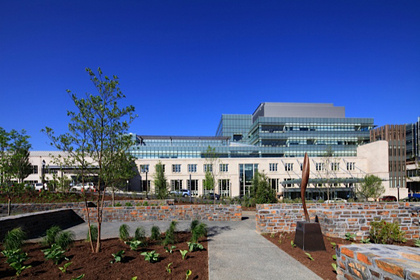 The new Duke Cancer Center recently opened its doors to patients in February, according to a Duke University news article. The $235 million facility has been added to Duke University’s extensive list of LEED certified buildings. The environmentally-friendly features that helped the Duke Cancer Center achieve this certification include sustainable methods of energy use and transportation options. The center features large windows to let in natural sunlight, a rooftop garden, bike racks and showers for those who ride a bicycle to the center and occupancy sensors throughout the Duke Cancer Center that automatically turn lights off when a room is empty. 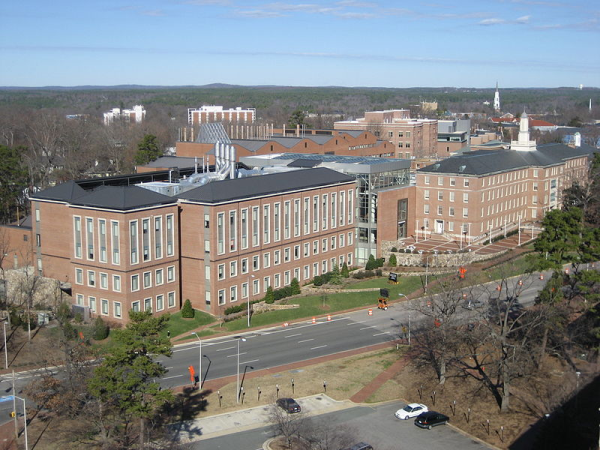 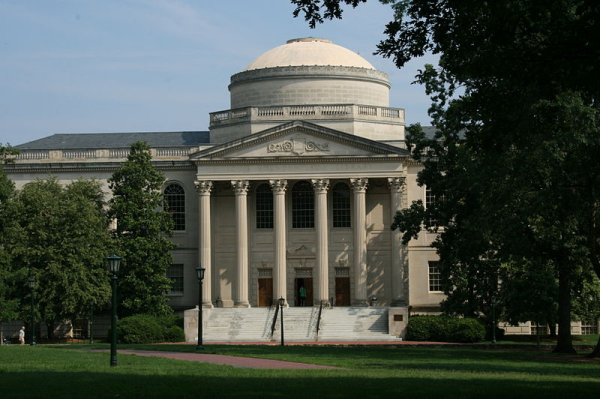 The University of North Carolina at Chapel Hill recently began construction on a new facility that will be used for research on brain injuries, according to Vice President for Facilities Planning and Development Ray Lafrenaye and a Chapelboro.com news article. The facility will be named the Comprehensive Physical Medicine and Rehabilitation Center and is being constructed in the former University of North Carolina at Chapel Hill Border’s bookstore building on Fordham Boulevard. The center is planning on opening for operations in the next few months.

Medical students at Duke University finally have their own home after being spread out over the medical campus for 73 years. Filled with natural light from the glass walls and study nooks for doing work, this building is a gorgeous feat of architecture. It has been named the Mary Duke Biddle Trent Semans Center for Health Education, and it’s located right in the middle of the medical campus. The center provides a space for medical students who used to have to study in the basement of Duke Medicine’s Purple Zone, the Davison Building and every so often, spaces rented for large gatherings.

County commissioners in Durham, North Carolina, recently voted to change the name of Durham Regional Hospital in order to boost its reputation. The renamed Duke Regional Hospital, which is operated by the Duke University Health System but owned by the county, says renaming the hospital will help attract patients given Duke’s world-renowned reputation. 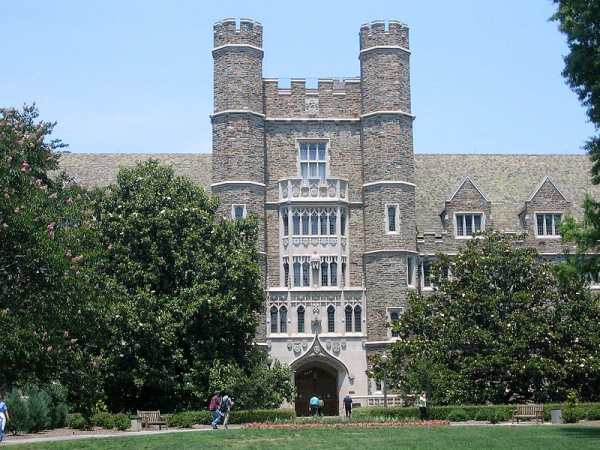 Duke University has been selected as one of seven schools to be on the forefront of a United States effort to help eliminate desperate poverty around the world. Duke will receive a $10 million grant from the U.S. Agency for International Development (USAID) to form a development lab whose goal is to pinpoint and support progress in solutions to worldwide health problems in low- and middle-income nations. 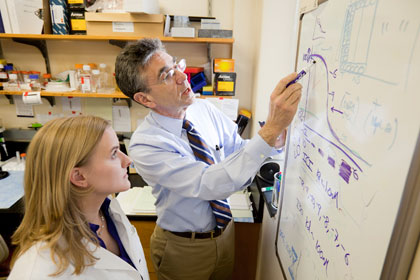 Duke University research scientist Robert Lefkowitz, 69, says he was fast asleep when the Nobel committee called to tell him he had won the prestigious prize, but he said he didn’t hear the phone ring because he was wearing ear plugs. His wife picked up the phone.

A dangerous situation presents itself when bacteria evolve defenses against antibiotics. Experience has shown us that it can be a discouraging catastrophe for public health when a new drug-resistant strain, or a gene that confers resistance, shows up in a new place, as happened when the NDM-1 gene (which is resistant to up to 14 drugs) showed up in New Delhi drinking water. Scientists are searching for a way to defeat that debilitating resistance, however, and every so often there's encouraging news: On February 4, North Carolina State University chemistry researchers published a study in which they said that they’ve found a molecule that makes antibiotics 16 times more effective against recently identified antibiotic-resistant “superbugs.”