The U.S. News and World Report ranked the University of North Carolina at Chapel Hill number one in primary care for the first time, according to The Daily Tar Heel. The prestigious distinction signals the University of North Carolina at Chapel Hill’s commitment to quality care when it comes to North Carolina patients. Since the ranking incorporates the opinions of the school’s peers, it’s evident that a number of schools across the United States recognize UNC-Chapel Hill’s strength in medicine. The university's medical school, which enrolls 782 students, was also ranked second in family medicine, fifth in rural medicine, ninth in AIDS research and treatment and 22nd in general research.

The university’s ranking was featured in the U.S. News and World Report’s “America’s Best Graduate Schools” 2014 issue. Dr. Bill Roper, dean of the UNC School of Medicine and CEO of UNC Health Care, said the ranking is a big accomplishment. Primary care, he says, has been an important part of the UNC-Chapel Hill program for a long time.

“We need more doctors, and this ranking as number one in primary care is something we want people across the state to know about because it’s such an important part of delivering medical care these days,” he said. “We are a medical school that does a tremendous job of training medical students and residents in the primary care specialties, and do it with a strong commitment to research and teaching together.” 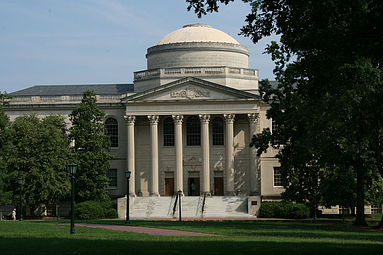 In light of UNC-Chapel Hill’s ranking, biotechnology vendors and lab suppliers looking for a strong market for life science equipment sales will find the University of North Carolina at Chapel Hill to be very well-funded, especially given recent NSF and NIH research funding statistics. The University of North Carolina at Chapel Hill was ranked 11th by the NSF in 2010 for total R&D expenditures in the life sciences, having spent a total of $422 million. The school received $38.8 million in research funding from the NSF in 2012.

In addition to receiving NSF research funding, the University of North Carolina at Chapel Hill also received $367.8 million from the NIH in 2012. In 2011, the NIH ranked the university 13th for direct plus indirect costs, excluding R&D expenditures and ARRA awards, making the total $339.5 million. The NIH has also pledged $45 million in life science funding to create genomics centers at UNC-Chapel Hill and the Medical College of Wisconsin.