University of Alabama is an Unexpected Standout for Lab Suppliers

The University of Alabama is an unexpected standout in the science research marketplace.  This campus ranks among the top in the nation, flanking closely with the top NIH funded universities, and yet there is surprisingly little sales rep traffic on campus.

The University of Alabama at Birmingham has been awarded a $7 million research grant to continue its leadership in pioneering clinical trials in the treatment of neurofibromatosis 1 and 2 and schwannomatosis, all rare genetic diseases. According to the Birmingham Business Journal, the circumstances of these diseases lead to non-cancerous tumors forming on the nerves and potentially causing blindness, hearing loss, learning disabilities, pain or deformity. 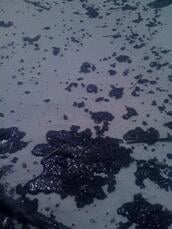 Catastrophe has a way of catalyzing need and resources.  The 2010 BP oil spill in the Gulf of Mexico has made University of Alabama (UAB) scientists' expertise in the biomarine environment off their coast particularly valuable.  BP has pledge up to $500 Million to study the effects of the spill, and some of that funding is making its way to biomarine research projects at UA-Birmingham through Alabama's Marine Environmental Science Consortium (MESC) and the larger Gulf Research Initiative Open Research Program.  The MESC has distributed $5 Million in Rapid Response Funds already, and 16 UAB researchers have received $308,344 in grants to fund pilot projects identified by and applied for at the UAB Gulf Oil Spill Summit last fall.