The Women’s Interagency HIV study was established in 1993 and is a longitudinal study that investigates how HIV affects the overall health of women. It also has a history of being the longest running study funded by the NIH for women’s health and HIV. Originally, the Women’s Interagency HIV study did not represent any women from the South, despite the fact that many women suffered from HIV in southern states. The NIH became aware of this discrepancy and approved funding for the study at the University of Alabama; Jackson, Mississippi; Chapel Hill, North Carolina; Atlanta, Georgia; and Miami, Florida.

“WIHS is one of the premiere HIV cohorts in the country, and we are very pleased to be a part of it,” said Saag.

According to UAB News, 100 women between the ages of 25-60 years old will be needed for the University of Alabama at Birmingham study, of which 75 should be HIV-positive. 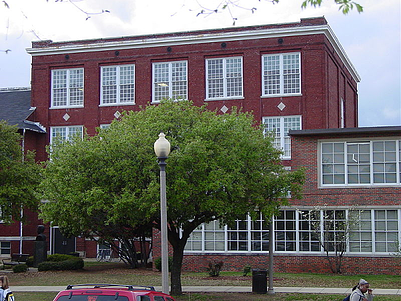 University of Alabama at Birmingham

If you are a lab supplier interested in marketing your life science solutions and university lab equipment, Biotechnology Calendar, Inc. invites you to attend our annual Birmingham BioResearch Product Faire™ Event on November 14th, 2013. Last year, the Birmingham BioResearch Product Faire™ Event attracted 336 attendees, of which 64 were purchasing agents, professors and post docs, and 62 were lab managers. The attendees came from 33 different research buildings and 45 departments across campus.

Biotechnology Calendar, Inc. is a full service science research marketing and events-planning company that organizes life science marketing events at top research universities across the country. For more information on the Birmingham BioResearch Product Faire™ Event, or to view more detailed funding statistics on the University of Alabama at Birmingham, click on the button below. If you’re interested in marketing your life science solutions and university lab equipment at life science marketing events closer to home, we encourage you to view our 2013 calendar of events.