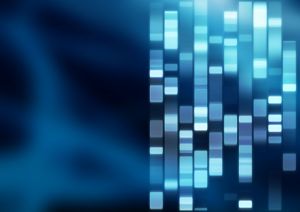 Mayo Clinic researchers have compiled a set of common genetic variants that they say contribute to a person’s risk for developing breast cancer. 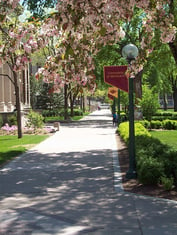 The Minnesota Partnership for Biotechnology and Medical Genomics provides annual funding to researchers at the University of Minnesota, the Mayo Clinic, and the state of Minnesota dedicated to bioscience research. Since its founding in 2003, the Minnesota Partnership has worked to strengthen Minnesota's bioresearch fields and help elevate the state as a respected research center. (Image courtesy of Bsstu via Wikimedia Commons). 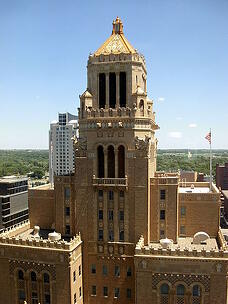 The Mayo Clinic is one of the most well-known research and treatment centers in the world. With facilities in Arizona, Minnesota, and Florida, the Mayo Clinic receives millions of dollars in funding each year, performs cutting edge research and clinical trials, and sees more than one million patients each year.

The classical approach of differentiating forms of cancer purely by their location in the body is losing popularity in the field of oncology. Rather, the prevailing ideology is that every cancer is different and that you really need to look at the molecular and genetic makeup of a tumor in order to plan the best method of attack. With this in mind, researchers and physicians at the Mayo Clinic in Rochester have developed a 50-gene cancer panel test that allows for finely tuned, individualized cancer treatment.

Around 20 percent of the United States suffers from irritable bowel syndrome (IBS), a disorder that causes several uncomfortable symptoms centered on the large intestine. As of yet, there is no treatment for IBS itself, just methods to alleviate the symptoms. However, new and conclusive evidence from the Mayo Clinic in Rochester, Minnesota points to a gene responsible for IBS in some patients.

When we jump into the swimming pool for some last-minute summer revelry, the worst part of getting out is the feeling of residual chlorine on our bodies. The environment doesn’t respond well to chlorine either- several synthetic chlorine-based compounds are toxic when released into nature and have taken part in the development of numerous superfund sites. Fortunately, a team from the University of Minnesota’s BioTechnology Institute is working on a way to clean up this chlorine, with help from some hungry bacteria.

Mayo Clinic Will Invest $3B of Healthcare Funding in Minnesota

In a recent press release, the Mayo Clinic revealed its goal of making its Rochester, Minnesota campus a destination medical center. The Mayo Clinic will invest over $3 billion of  healthcare funding in Minnesota, making this not only the state’s largest economic development plan, but one of the largest in the country. An additional $2.1 billion in private investments will also fund the project, which includes investing $3.5 billion in the Mayo Clinic’s Rochester campus over the next twenty years.

Cancer Research and Therapy Gift of $100M to Mayo Clinic

Proton beam therapy is a form of targeted cancer treatment that has fewer debilitating side effects than traditional radiotherapy. The Mayo Clinic is a world-class center for cancer research and care in the Midwest, and now it will expand its holdings to include two new proton beam therapy centers, one in Rochester and another at its sister clinic in Phoenix.  The type of advanced pencil beam scanning therapeutic equipment that the Mayo Clinic Proton Beam Therapy Center will use is very expensive (the two facilities will have a combined total cost of over $400M for 8 treatment rooms), and the $100 Million outright gift from philanthropist Richard O. Jacobson made earlier this year will go a considerable way toward advancing the project's progress. 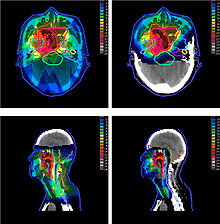