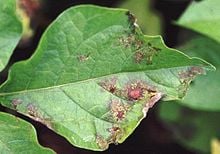 Missouri has a rich market of potential buyers of lab supplies and biotechnology products, according to recent NSF and NIH research funding statistics for Washington University in St. Louis. In 2012, the NSF awarded the university $14.4 million in research funding. The NSF-funded projects are located within a number of programs in the life sciences, including evolutionary processes clusters, molecular biophysics, cellular dynamics and function, neural systems clusters, behavioral systems clusters, macrosystem biology and bioinformatics. We have spotlighted the top five-funded projects below:

Algae research is a well-funded subject for science researchers, especially at Ohio State University. According to The Columbus Dispatch, Ohio State University has received $8.7 million in federal funding for algae-related projects. The U.S. Department of Energy gave $7 million to researchers interested in using waste water to grow algae biofuels, while the National Science Foundation gave $1.5 million for a project concerned with discovering the environmental impact of hazardous algae on Lake Erie. The project researchers are specifically interested in algae’s effects on climate change. Ohio State University researchers also received $150,000 from the Ohio Sea Grant Program to study the liver toxin concentrations on Lake Erie due to blue-green algae.

$77.4M in Research Funding at the University of Illinois Urbana-Champaign

Biotechnology vendors and lab suppliers in Illinois will find a well-funded market of science researchers at the University of Illinois Urbana-Champaign, according to recent NIH and NSF funding statistics. In 2012, the NIH awarded the university $69.7 million in research funding. Of the different bio departments at the University of Illinois Urbana-Champaign, the money was distributed as follows:

At the University of Illinois Urbana-Champaign, biological engineers have created what is becoming known as a “bio-bot.” It’s neither a cyborg nor an android, and it can fit on the face of a dime. What makes it special is that it can walk independently: that is, without the help of any mechanisms or electronic parts.