Two researchers in UC San Diego’s Division of Biological Sciences were selected as Pew biomedical scholars for 2017. Microbiologist, Rachel Dutton Ph.D. and physicist, Elizabeth Villa, Ph.D. were each awarded flexible funding that may be used at their discretion for personnel, lab equipment, supplies, or travel directly related to their research. Dutton and Villa were selected this as part of this year’s group of 22 exceptional early-career researchers who will receive support for their foundational research. 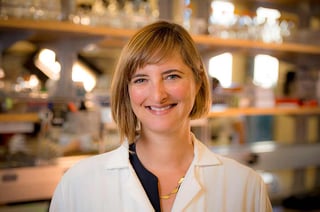 In an article for the UC San Diego News Center, Rebecca Rimel, president and CEO of The Pew Charitable Trusts says, “Pew is proud to support these investigators as they use novel approaches to illuminate the mechanisms of human biology and disease. This impressive group has demonstrated the curiosity and courage that drive great scientific advances, and we are excited to help them fulfill their potential.”

Besides the $240,000 in research funding over the next four years, Dutton’s and Villa’s research will benefit from them being part of a community of more than 900 biomedical scientists who’ve received Pew awards. Each year, current scholars come together to discuss their research and learn from peers in fields outside of their own.

“Innovation is critical for scientists trying to crack some of the toughest questions in human health,” said Craig Mello, a 1995 Pew scholar, 2006 Nobel laureate in physiology or medicine, and chair of the national advisory committee for the scholars program. “Pew’s biomedical programs not only provide young scientists with the flexibility to pursue creative ideas, they also spark interdisciplinary thinking and collaborations that can open new paths in the search for answers.”

Dutton’s lab uses microbial communities from cheese as models due to their simplicity, culturability, and experimental tractability. Using a research platform based on these simplified communities, she identifies how different bacterial species communicate with one another. Learning how interactions between species drive the formation, structure and activity of a microbial community could provide novel strategies for manipulating or disrupting microbial communities. It might also help scientists understand how these interactions render the system susceptible or resistant to invasion by disease-causing bacteria. Her findings will have relevance for human health, agriculture and biotechnology.

The Pew awards are not the only funding Dutton and Villa have brought to UCSD. Last fall, Assistant Professor, Dutton won the Packard Fellowship for Science and Engineering. This fellowships program awards some of the largest nongovernmental fellowships in the nation. Dr. Dutton will receive $875,000 over the next five years to pursue her research.  In 2016 Dr. Villa was honored with the National Institutes of Health Director’s New Innovator Award. This $2.3 million in NIH funding allowed Dr. Villa to pursue high-risk, high reward research developing cryo-electron tomography. 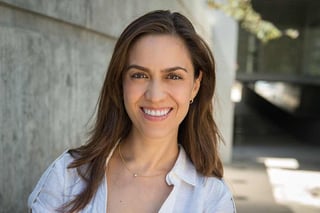 Assistant Professor Elizabeth Villa is working on developing tools to unveil the precise conformation (the spatial arrangements that the atoms in a molecule may adopt and freely convert between) of chromosomes as they are packaged inside the nucleus of living cells. She recently developed a method for “micromachining” cells through which their dynamic nuclear architecture can be viewed in unprecedented detail using cryo-electron microscopy. Her current work entails combining this technique with other methods in order to create ways to visualize the basic principles behind how we store and read genetic information. He research could lead to methods of controlling gene activation. That ability has potential therapeutic applications across a broad range of human disease.

Twice a year, Biotechnology Calendar Inc. hosts a vendor showcase where laboratory equipment suppliers can connect with UCSD researchers and lab managers on campus. The 44th  Semiannual Biotechnology Vendor Showcase event at UC San Diego will be on held on Thursday, August 24th, 2017.

In the first half of 2017 UCSD was been awarded over $225 million in NIH funding. This vendor showcase gives laboratory suppliers the opportunity to meet with the well funded physicians and researchers who make up the UCSD faculty. At this event, suppliers can demonstrate their products and build relationships with the researchers, like those at UCSD's Division of Biological Sciences, who need both general lab supplies and the latest in laboratory equipment to complete their research projects.

UCSD researchers are invited to attend this biotechnology trade show event for free. 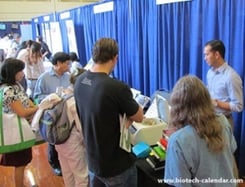 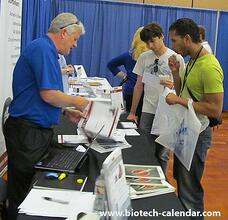