The National Institute of Allergy & Infectious Diseases (NIAID) awarded University of California, Irvine $9.6 million to study the impact of environmental changes on malaria in sub-Saharan Africa. This research funding establishes UCI as one of the International Centers of Excellence for Malaria Research (ICEMR). 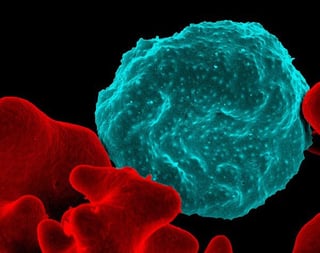 According to an article for UCI News, the overarching goal of UC Irvine’s ICEMR is to assess the effect of human-induced environmental modifications on the epidemiology and transmission of malaria. These modifications include dam construction, irrigation and shifting agricultural practices.

Last year, a UC Irvine Study found that the number of people at risk of malaria around dams and associated reservoirs in sub-Saharan Africa will nearly double to about 25 million by 2080. This is in part due to the projected increase in population within the effected areas. However, the study found that the increase will be caused by to climate change. More than half of dams currently located in areas without malaria will transition into zones of malaria transmission in the coming decades.

Chronic hunger, unreliable food distribution and famine still affects millions of people in this region of Africa. Improved water storage for burgeoning populations, irrigation and hydropower generation are badly needed within the fast-developing continent. To fulfill this need, sub-Saharan Africa has embarked on a new era of dam construction. However, without increased disease mitigation the new dams will likely add to the malaria burden.

This study new study will address questions regarding malaria epidemiology, vector biology and pathogenesis in areas where the environment has been significantly modified. It will also aim to develop new intervention approaches to assist in malaria control efforts.  To accomplish this, the UCI ICEMR is establishing a consortium with researchers from the U.S., Australia, Kenya and Ethiopia.

With the $9.6 million in funding over the next seven years the ICEMR will undertake three projects:

Despite significant progress in reducing malaria incidence and mortality, the World Health Organization estimates that 212 million new cases of malaria and 429,000 malaria deaths occurred in 2015, mostly in Africa. Although numerous potential vaccines to prevent malaria are in the works, none have been approved for widespread use. Effective malaria treatments are available, but some have severe side effects, may be difficult to procure in remote regions, and are losing their efficacy in places where malaria-causing parasites have developed resistance. Mosquito control, which relies largely on bed nets and insecticides, is still a front-line defense where malaria is endemic, but changes in mosquito behavior and insecticide resistance are increasing concerns.

“Knowledge gained from this ICEMR will be important to malaria control, not only for the two countries studied – Ethiopia and Kenya – but also for other regions of Africa,” said Professor Guiyun Yan, who leads the UCI project.

On Tuesday, October 24, 2017 Biotechnology Calendar, Inc. will host the 17th annual biotechnology trade show at UCI. In the first half of 2017 this university has been awarded over $64M in NIH bioresearch grants. Those interested in increasing their lab product sales by marketing to these well funded researchers should plan on displaying their products at this premiere UC Irvine vendor show.

Last year this event at UC Irvine attracted 111 attendees of which 27 were purchasing agents, professors and post docs.  18 were lab managers. These attendees came from 20 different research buildings and 28 on campus departments.

To learn more about participating as an exhibitor  at this popular event, call (530) 272-6675 or visit the link below: 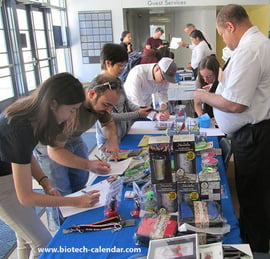 Science professionals are invited to attend for free. This is a great opportunity to see the latest in laboratory equipment as well as general lab supplies. Click the link below to for more information and to preregister.