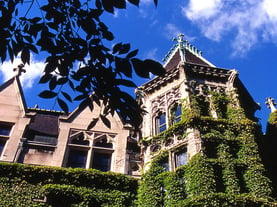 Evelo Biosciences has been researching the potential of using the microbiome to battle cancer, and the newly signed license agreement will allow the Chicago and Evelo researchers to develop and commercialize the new microbiome immunotherapy method, which a team of Chicago researchers have already been working on. (Image of the University of Chicago courtesy of Wikimedia Commons)

Alan Thomas, the associate vice president and director for the University’s Center for Technology Development and Ventures explained that: “This is the first license for the University in the area of microbiome immune-oncology, and one of the first of its kind nationwide. Immunotherapy is a rapidly growing field with huge potential, and the University is at the forefront of oncobiome research.”

The University of Chicago research team, led by Thomas Gajewski, a professor of medicine and pathology, has developed a new therapy to treat cancer that uses certain microbes from the gut. These gut microbes help increase the attack that the immune system uses to fight off cancer cells. The Chicago researchers tested the therapy on mice suffering from melanoma. After introducing a bacteria strain into their digestive tracts, the researchers found that the potential of the immune systems in these mice increased their ability to attack the tumor. The researchers then combined the therapy with the anti-cancer antibody anti-PD-L1 and found that it nearly eradicated the tumors.

Dr. Gajewski said: “This is a super exciting time in the field of cancer immunotherapy. Our recent work revealed a surprisingly potent role for the commensal microbiota in boosting the therapeutic efficacy of checkpoint blockade immunotherapy in mouse models. This relationship with Evelo will rapidly bring microbiota-based immunotherapy forward into clinical testing in cancer patients.” 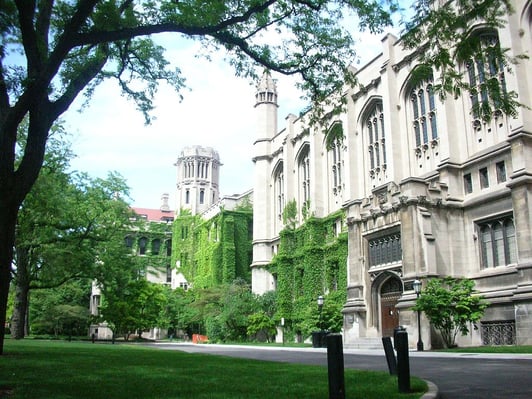 (The University of Chicago picture by Richie Diesterheft via Wikimedia Commons)

The University of Chicago is a highly ranked research institution in terms of amount of funding received and research published and produced. In the 2015 fiscal year, the university received more than $170.9 million in funding from the NIH. Research projects at the university benefiting from this funding include:

Researchers in these departments are eager to obtain the latest innovations in lab equipment. This presents a prime opportunity for lab suppliers looking to market their products to Chicago science professionals.

Biotechnology Calendar, Inc. has been producing life science trade shows at top research institutions for more than 22 years, and is pleased to be offering the 2nd Annual BioResearch Product Faire™ Event in Chicago on September 21, 2016.

At this event, lab suppliers are able to:

To learn more about participating in the BioResearch Product Faire™ Event in Chicago, and to read more funding stats for the university, visit the link below: