Why is this important to what you do in a day, or to the life scientist's work in his or her lab? It's a reminder, that however specialized someone's research is, or however much you manage to condense your product's virtues into a series of bulleted words or half-phrases, there is always a bigger narrative in the background, and it pays not to lose sight of it. Because narrative is not just a way of organizing things in time, it's about communicating, and that's what people do with each other. Even scientists. And if you're in sales, especially, you want to make that connection with a customer that turns into a relationship, so any opportunity to humanize (let's say narrativize) your interaction with that scientist is valuable.

For example, every product has a story behind it, usually involving the inferiority of the product that came before it, mishaps and inefficiencies as a result, and the subsequent development of the newer, better product, which promises (at the end of the story) better performance in future use in Dr. Smith's lab. On the other side, there is no research experiment going on in any lab that does not have a larger narrative directing it and stories about how the researcher(s) came to be doing it and not something else, somewhere else, toward some other end. 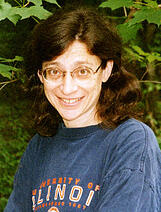 Dr. May Berenbaum is an entomologist at the University of Illinois, Urbana-Champaign, and she is the one who said "Narrative matters" in a recent interview published in Scientific American. Dr Berenbaum was at Cornell (where she got her PhD 30+ years ago) giving an invited lecture on women in biology for the Frontiers in Life Sciences symposium series. In the interview with Cornell journalist-scientist Laura Jane Martin, Berenbaum talks about contingency in the lives of scientists, including an anecdote about how she came to study bug-plant interactions for her dissertation on a species of parsnip that grew near her lab because she has a lifelong history of carsickness. It's not surprising that Dr. Berenbaum writes a humor column for American Entomologist magazine, nor that her columns have been collected into a popular book, nor even that she has written a cookbook-history of the human love of honey and honeybees, all in addition to her scholarly work, which has garnered her many awards and membership in prestigious scientific societies. What is perhaps surprising is that other scientists balk at putting their work into story form, even when it leads to funding. Berenbaum says:

“Scientists are often uncomfortable with the idea that storytelling is key to convincing a reviewer that a paper is worth publishing, or a granting agency that research is worth funding.”

Sometimes putting research into a compelling context, which is what she means, requires effort, along with some non-scientific communication and composition skills. That these skills are critical in the real world of funding, supporting lab workers and grad students, publishing, and generally getting the importance of your work out there (for instance, having journalists seek you out for interviews and universities invite you for lectures) is becoming increasingly evident. That they are also good skills to have in leading a full human life, with all of its messy contingencies and unexpected joys, seems equally apparent.

[Dr. May Berenbaum is Head of the Department of Entomology at UIUC, where we found her photo, above, and the logo below]

Biotechnology Calendar, Inc. is in the business of bringing life science researchers together with scientific sales professionals to network and exchange valuable stories about research and the tools and techniques for getting it done well. Now in our 20th year of scientific event planning and marketing on research campuses across the US, we're pleased to be holding our 11th annual Urbana-Champaign BioResearch Product Faire event on the University of Illinois campus next month, on May 9. Then we'll be on the Cornell University campus in the fall for our 4th annual Ithaca BRPF Front Line event on October 11. For more information on exhibiting at or attending either event, click the button(s) below:

See our complete 2012 Show Schedule and keep an eye out for exciting website changes on the horizon.