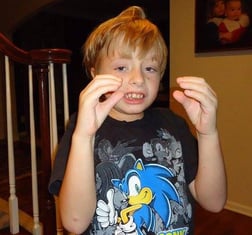 The center will initially focus on two subgroups. First, children with ASD who also have clinically significant anxiety. Secondly, those with ASD and also have enlarged brains.

40-80 percent of children with ASD experience clinically significant anxiety; however, the condition is often missed in the children who are nonverbal or have intellectual disability. Marjorie Solomon, professor in the Department of Psychiatry and Behavioral Sciences at the MIND Institute, will lead an effort to identify children with ASD who have anxiety and treat them with cognitive behavioral therapy as well as a medication called sertraline. Sertraline, or Zoloft, is an antidepressant that is primarily prescribed for major depressive disorder as well as obsessive–compulsive disorder, panic disorder, and social anxiety disorder, in both adults and children.

Professor Solomon’s team will conduct brain scans in participants before and after these interventions to look for potential neural signatures of anxiety and of responses to treatment.

"If anxiety can be identified and effectively treated the quality of life of those affected will be enhanced and this may enable behavioral therapies to better address other symptoms of autism,” Solomon said in an article for the UC Davis Health Newsroom, “The neuroimaging component of the study also may help reveal the neural mechanisms of anxiety and allow us to select psychosocial and medications treatments tailored for affected individuals.”

15% of boys and 4% of girls with ASD have enlarged brains, a condition known as megalencephaly. These children are less verbal at age 3 and make fewer gains in their IQ by age 5. The second study being conducted by the UC Davis Autism Center of Excellence aims to determine which cognitive processes and brain systems are most affected children with ASD and megalencephaly.

"These are children that get just as much behavioral therapy as other children with autism but in general don't seem to benefit as much," said Christine Wu Nordahl, who will spearhead this ACE project. "Our goal is to find new targets for treatment to help these children."

UC Davis Medical Center's MIND Institute is a leader in Autism research. For example, a study recently released found that folic acid may reduce the risk of autism from pesticide exposure of the mother around the time of conception. Breakthorugh studies like this one require the latest in laboratory equipment.

On Wednesday, January 19th, 2018 Biotechnology Calendar Inc. will host the 20th Semiannual BioResearch Product Faire™ at UC Davis Medical Center. Here researchers can meet face to face with laboratory equipment suppliers and discuss their lab supply needs. They can see displays and demonstrations of the newest technology and equipment available. Science professionals are invited to attend these biotechnology events for free. Get more information and preregister here: 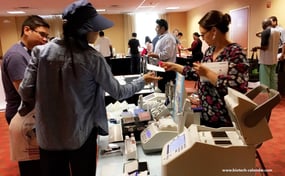 Those wishing to increase their laboratory product sales in 2018 should plan on participating in this biotech showcase. It is a great place for laboratory and chemical supply companies to educate UC Davis researchers about their products. Click the link below or call (530) 272-6675 for more information.