Why is this new approach so important?

Because there are currently almost no effective treatments for patients in vegetative or minimally conscious state, says Dr. Martin Monti the study’s lead author and associate professor of psychology and neurology at UCLA. This new approach could offer hope to the families of the approximately 25,000 Americans in a vegetative state.  It could even lead to a low-cost way to help “wake up” these patients.

This new technique is also important because it jump starts neurons in the thalamus in a non-invasive way. Monti explains, “Until now, the only way to achieve this was a risky surgical procedure known as deep brain stimulation, in which electrodes are implanted directly inside the thalamus.” The potential complications from that procedure include intracranial bleeds, device failure and the subsequent inability to undergo certain types of MRIs. In contrast, the ultrasound technique appears to be well tolerated and safe. Since it emits less energy than conventional Doppler ultrasound, the procedure has little associated risk. 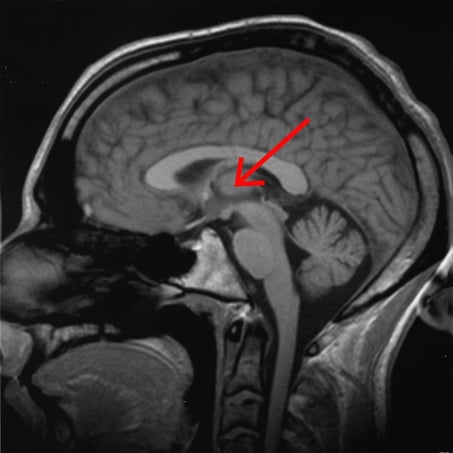 (Image of thalamus courtesy of Brian Chrischan via Wikimedia Commons)

How does the procedure work?

A vegetative state occurs when there is damage to the cerebrum, the part of the brain responsible for reason and most mental functions; however, the brain stem is still intact. This means automatic bodily functions such as breathing continue. This condition is usually associated with head injury, oxygen deprivation from a heart attack, or bleeding in the brain.

This new procedure uses low-intensity focused ultrasound pulsation to excite the neuron in the thalamus. The thalamus is part of the brain located between the outer layer and the midbrain. It relays sensory and motor signals to the cerebral cortex, and regulates consciousness, sleep, and alertness. The technique was pioneered by Alexander Bystritsky, a UCLA professor of psychiatry and biobehavioral sciences in the Semel Institute for Neuroscience and Human Behavior and a co-author of the study. He is also a founder of Brainsonix, the company that provided the device that researchers used in this study.

The ultrasound device creates a small sphere of acoustic energy that can be aimed at different regions of the brain to excite brain tissue. For this study, researchers placed it by the side of the man’s head and aimed at the thalamus. It was activated it 10 times for 30 seconds each, in a 10-minute period. The patients responses were evaluated over the several days and compared to a pretreatment baseline.

Since this was the first human trial, the procedure will need further study. The treatment will need to be tested on more patients to prove that it can be used reliably to assist people recovering from comas. Researchers plan to test the procedure on several people beginning this fall at the Ronald Reagan UCLA Medical Center. Those tests will be conducted under the direction of Paul Vespa, one of this study's co-authors and professor of neurology and neurosurgery at the David Geffen School of Medicine at UCLA, as well as director of neurocritical care and Ronald Regan UCLA Medical Center. This next step in the research will be in partnership with the UCLA Brain Injury Research Center and funded in part by the Dana Foundation and the Tiny Blue Dot Foundation.

On Thursday, October 20, 2016  Biotechnology Calendar, Inc. will host the 38th semiannual Biotechnology Vendor Showcase™ Event at UCLA. This is a great opportunity for laboratory equipment suppliers to market lab products to active life science researchers at this prestigious research university. This semiannual event allows researchers to meet face to face with scientific supply companies, so that they can discuss their needs and see demonstrations of newest products and technologies to further their work. The two events last year attracted over 1,000 attendees. To learn more about participating in this trade fair event, visit the link below or call (530) 272-6675: 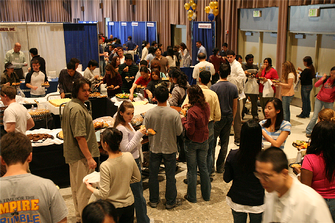 Science professionals are invited to attend this event for free. To learn more and pre-register, visit the following link: