Dr. Cleveland, distinguished professor of cellular and molecular medicine, neurosciences and medicine at UC San Diego School of Medicine, was honored for his research of inherited neurodegenerative diseases such as ALS and Huntington’s. (Image courtesy of UCSD)

Dr. Chory, a plant biologist at Salk Institute and an adjunct professor in the Division of Biological Sciences at UC San Diego received her honors “for discovering how plants optimize their growth, development, and cellular structure to transform sunlight into chemical energy.”

The Breakthrough Prize was created  in 2012 by founders of Facebook, Google and 23andMe. It is intended to be high profile. With red carpet and movie stars, they’ve been called “the Oscars of science.” The 2018 awards ceremony was broadcast live on the National Geographic channel and hosted by actor Morgan Freeman.

“These awards garner global attention for their innovative work in medicine, mathematics and biology, and underscore UC San Diego’s penchant for pushing the boundaries of knowledge and challenging expectations,” said UC San Diego’s Chancellor Pradeep K. Khosla In an article for the UC San Diego News Center. “Our exceptional scholars take risks, redefine conventional wisdom and transform lives of people around the world through their groundbreaking research and discoveries.” 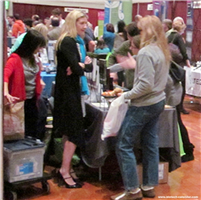 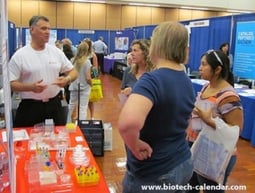 With $650,484,000 in life science research and development expenditures annually, UC San Diego is ranked 16th in research spending in the nation. In 2017, the university received 889 grants from the National Institutes of Health, totaling over $424 million. This included $322,871,529 in research funding.

The wellfunded and inovative researchers at UCSD require to the latest innovations in lab equipment to continue their groundbreaking work. Lab suppliers wishing to market their products to UCSD science professionals should plan on attending the 44th semmiannual Biotechnology Vendor ShowcaseTM Event on Thursday, February 15th, 2018. The next showcase at UCSD will be held on August 23rd.