A team of nanoengineers at the University of California San Diego is creating 3D bio-printed liver tissue. This exciting new technology could change the game for researchers developing new medications.

“It typically takes about twelve years and $1.8 billion to produce o 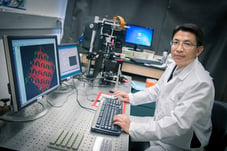 ne FDA-approved drug. That’s because over ninety percent of drugs don’t pass animal tests or human clinical trials,” explained Dr. Shaochen Chen, Professor of Nanoengineering at UC San Diego's Jacob School of Engineering in a recent UC San Diego News Center article. "We’ve made a tool that pharmaceutical companies could use to do pilot studies on their new drugs, and they won’t have to wait until animal or human trials to test a drug’s safety and efficacy on patients. This would let them focus on the most promising drug candidates earlier on in the process.”

The liver plays a critical role in metabolizing medications, as well as producing key proteins. Because of this, liver models were already being developed in labs to help facilitate drug screening. However, so far the models have lacked the complex microarchitecture and diverse cell makeup of a human liver.

Dr. Chen teamed up with Dr. Shu Chien, director of the Institute of Engineering in Medicine at UC San Diego, and together they have succeeded in engineering a liver tissue model that more closely resembles a real liver.

They accomplished this by using new bio-printing technology that was developed in Chen’s lab. This technology can rapidly produce 3D microstructures that mimic the sophisticated features found in living tissue. The first step was to print a honeycomb of micrometer hexagons containing liver cells. These cells were derived from human stem cells, which are harvested from a patient’s skin. The second step was printing the supporting cells between the stem cell-containing hexagons. The resulting structure is only a 3 x 3 millimeter square that is just two hundred micrometers thick, and it takes only a few seconds to print. The structure is then cultured for over twenty days.

When they tested their tissue’s ability to perform essential functions of the liver, such as albumin secretion and urea production, they found that it was able to maintain these functions longer than other models. Their tissue also expressed a higher level of a key enzyme believed to be involved in metabolizing many medications.

This new tool could soon become a better way of testing the effects of potential new drugs on the liver. It could help prevent researchers from spending the vast amounts of time and money it takes to conduct animal and human clinical trials on non-viable medications.

Chen concluded that the created tissue, “… will serve as a great drug screening tool for pharmaceutical companies…” 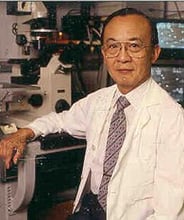 Screening for drug toxcity is not the only potential groundbreaking use for the 3D bio-printer. According to Dr. Chien, “The liver tissue constructed by this novel 3D printing technology will also be extremely useful in reproducing in vitro disease models such as hepatitis, cirrhosis, and cancer..." and studying the efficacy of potential drug therapies.

This type of technological advancement has led The National Institutes of Health (NIH) to grant UC San Diego's Institute of Engineering in Medicine (IEM) over $30 million. IEM is to become the Hub for the NIH's new 4D Nucleome Network Organization.

“This will be a leading-edge research program,” said Dr. Chien. “Thanks to very recent technological advances, we now have the imaging and sequencing tools needed to directly visualize and measure miniscule and dynamic structures in the nucleus... A diverse group of outstanding experts — including physicists, engineers, biologists, bioinformaticians, clinicians — will utilize these tools and develop new ones to create an entirely new interdisciplinary approach aimed at better understanding the nucleome and the potential it holds for personalizing the prevention, diagnosis and treatment of disease.” 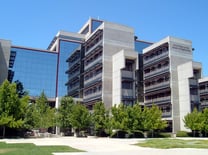 The vendor showcase gives laboratory suppliers the opportunity to meet with some of the 1,400 physicians and researchers who make up the UCSD faculty. At this event, suppliers can demonstrate their products and build relationships with the researchers, like those at UCSD's Institute of Engineering and Jacob's School of Engineering, who will put their equipment to use.

UCSD researchers are invited to attend the event for free, so they can familiarize themselves with the latest innovations.  According to the Association of American Colleges in 2013, UCSD faculty was ranked third nationally in dollars of research funding per faculty member. Laboratory supply companies interested in displaying new products and services should contact Biotechnology Calendar Inc. today. 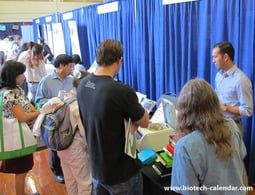