The research team from the Columbia University Medical Center studied numerous patients who all had an unidentified neurodevelopmental disorder. Their work consisted of performing whole-exome sequencing on these patients to identify non-inherited mutations. Although whole-exome sequencing is not a method often used in evaluating neurodevelopmental disorders, future discoveries such as this could make this method more standard.

Slave Petrovski, PhD, first author of the report explained the mutations the research team found: “Of the hundreds of patients we sequenced at CUMC, three were found to have mutations in a gene called GNB1. We then reached out to our colleagues at other medical centers to see if they found similar mutations in any of the patients whose DNA they had sequenced. In all, we reviewed sequencing data on 5,855 individuals and found a total of 13 individuals with GNB1 mutations.”

David B. Goldstein, PhD, director of the CUMC Institute for Genomic Medicine said: "Now that we’ve determined that a small subset of patients with neurodevelopmental disabilities share the same mutations, we can begin to learn about the prognosis of these individuals, how these mutations lead to this syndrome, and how to develop targeted therapies."

This study was published online in the American Journal of Human Genetics on April 21, 2016. 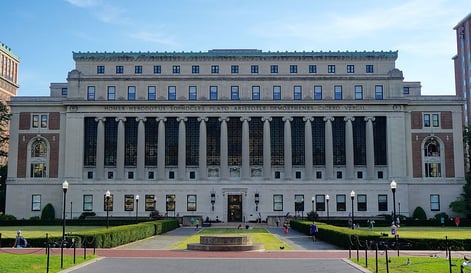 In the 2015 fiscal year, the Columbia University received more than $331.3 million in funding from the National Institutes of Health (NIH) alone. Departments at the University benefiting from substantial amounts of this funding include:

Interested in marketing lab products and supplies to active life science researchers in the well-funded Columbia marketplace? If so, exhibit at the upcoming BioResearch Product Faire™ Event in New York coming up on September 29, 2016. This event brings together hundreds of life science suppliers with researchers, PI's, grad students, lab managers, professors, purchasing agents and other lab staff interested in finding the best and newest equipment and technologies to use in their lab. The event is held at the Armory Track and Field, adjacent to the Columbia University campus.

To learn more about participating in the upcoming 9/29/16 event in New York, please visit the link below:

Researchers are encouraged to attend this complimentary event. To learn more and pre-register, please visit the following link: