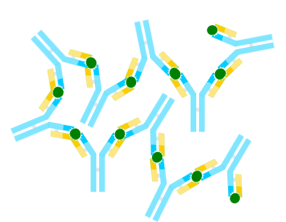 Antibodies are essential for keeping the body healthy, as they are produced in the immune system and sent to fight harmful substances. Since they are essential for fighting off unwanted antigens in the body, antibodies are a hot topic that researchers are constantly studying. Recently, a research team from Duke University developed an antibody that specifically targets cancer cells, providing a possible new immunotherapy for cancer. (Image of antibody-antigen complex courtesy of Alejandro Porto via Wikimedia Commons)

Life scientist Edward Patz from the Duke University Department of Pharmacology and Cancer Biology, along with researchers from the Duke Human Vaccine Institute observed lung cancer patients with early-stage tumors, and noticed that some of these tumors never progressed. After comparing these tumors with more lethal tumors, the researchers noticed that those with more lethal tumors were lacking the antibody called compliment factor H (CFH). CFH protects cells from an attack by the immune system by preventing an important immune response from activating - it inhibits the protein complement C3b from depositing on the surface of the cell. This causes the cell membrane to degenerate, leading to the death of the cell.

With this new knowledge about CFH, the research team sought a way to use this antibody as a cancer therapy. They collected white blood cells from cancer patients with the CFH antibody, and were successful in isolating and cloning the antibody genes from immune cells that produce the specific antibody they needed. This method allowed the Duke researchers to produce antibodies that could recognize the region of CFH that was originally targeted, leading to the immune system to attack only cancer cells and leave healthy cells alone.

Now that the antibody had been created, the next step for the researchers was to test its use in different cancers, like lung, gastric and breast. By testing these cancers in both lab dishes and living mice, the antibodies were successful in killing tumor cells without causing any side effects.

“This could represent a whole new approach to treating cancer, and it’s exciting because the antibody selectively kills tumor cells, so we don’t have significant side effects to achieve tumor control. We believe we can modulate the immune response and let the body’s own immune system take over to either kill the tumor or keep it from growing,” Patz explained.

This research was published online in Cell Reports on May 5, 2016. 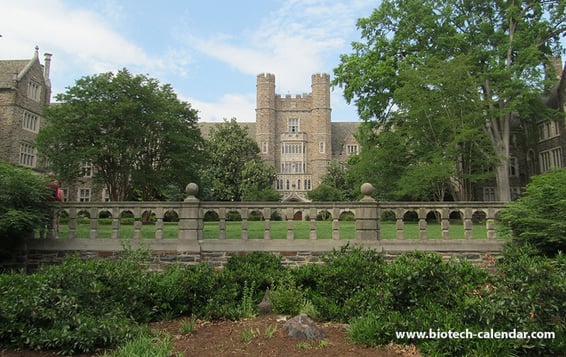 With more than $362.9 million in active life science funding from the National Institutes of Health in 2015, Duke University is one of the top research institutions in the Eastern United States. Departments at the university receiving substantial amounts of funding include:

Interested in meeting face to face with hundreds of active life science researchers from Duke University in one place in just a few hours' time?

To learn more about participating in the upcoming event in North Carolina in 2017, as well as to receive more funding stats for Duke University, visit the link below: