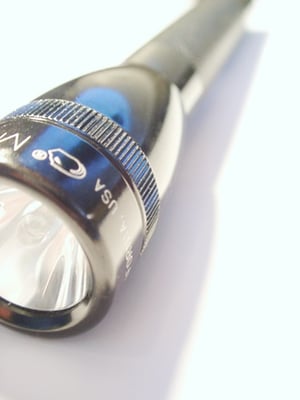 According to the National Cancer Institute, approximately 1.3 percent of women will be diagnosed with ovarian cancer at some point during their lifetime, and there are estimated to be over 190,000 women currently living with ovarian cancer in the United States. With just a 45% five-year survival rate, ovarian cancer is among one of the most deadly diseases currently affecting women, and causes over 14,000 deaths each year.

In collaboration with scientists from the University of Nebraska, OSU researchers are developing a new approach to photodynamic therapy that uses novel compounds to degrade and reduce the natural defenses of cancer cells.

Oleh Taratula, an assistant professor in the Oregon State University/Oregon Health & Science University College of Pharmacy, said: “Photodynamic therapy is a different approach that can be used as an adjunct to surgery right during the operation, and appears to be very safe and nontoxic…In the past its effectiveness has been limited, but our new findings may make this technology far more effective than it’s ever been before".

According to the researchers, the new approach involves the administration of a photosensitizing compound called phthalocyanine. Once administered, the compound creates species that can kill cells when they are exposed to near-infrared light. In addition, a gene therapy is administered that lowers the cellular defense against reactive oxygen species. (oregonstate.edu)

Using a nanotechnology delivery system also developed by OSU researchers, the photosynthesizing compound can be selectively delivered to cancer cells. Then, near-infrared light is allowed to penetrate the abdominal tissue and kill the cells that were targeted by the photosensitizing compound.

In combination with gene therapy, the new approach resulted not only in killing the cancer cells, but there was also no evidence of cancer recurrence - unlike models that used photodynamic therapy alone. 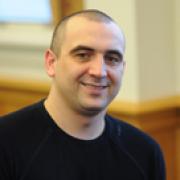 “Cancer cells are very smart,” Taratula said. “They overexpress certain proteins, including one called DJ1, that help them survive attack by reactive oxygen species that otherwise might kill them. We believe a key to the success of this therapy is that it takes away those defensive mechanisms.”

Taratula went on to explain that this therapy could also be used in conjunction with another compound, called naphthalocyanine, that causes cancer cells to “glow” in near-infrared light, making it easier for surgeons to find and remove cancer cells. Taken together, these approaches are likely to greatly improve the efficacy of ovarian cancer treatments.

“Our study established a prospective therapeutic approach against ovarian cancer,” the researchers wrote in their conclusion. “The tumors exposed to a single dose of a combinatorial therapy were completely eradicated from the mice.” 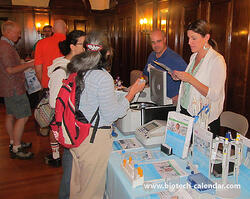 Oregon State University's various researchers are currently involved in myriad projects across a variety of disciplines, all which make use of the latest lab equipment and supplies.

This event is a great opportunity to network and learn about the latest biotech and lab supplies, at no cost to researchers. For more information about participating in this premier life science event, click below: