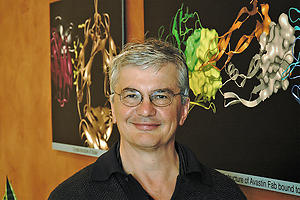 Dr. Napoleone Ferrara (above) is a molecular biologist whose research specialty is the field of angiogenesis (the formation of new blood vessels). After earning his medical degree in Italy, he came to the US in the early 1980's for a postdoc fellowship at UCSF. It was there that he began to seriously hone his research skills and where he first discovered an unusual group of cells and isolated a molecule that he would eventually name vascular endothelial growth factor (VEGF). Hired by Genentech in 1988, his research team there was instrumental in bringing several important drugs to market. Ferrara won the Lasker Award in 2010 and the Janssen Award in 2011. At the Janssen Award ceremony, a colleague presenting him the award had this to say:

“Dr. Ferrara’s discovery of VEGF transformed what we know about blood vessel development. His research has changed many lives by engendering the development of landmark treatments in the fields of oncology and ophthalmology.”

This week Dr. Ferrara is delivering a Karolinska Research Lecture at the Nobel Forum of the Karolinska Institutet in Stockholm. He is due to arrive at UCSD later this quarter. 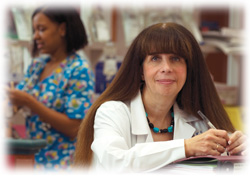 Dr. Razelle Kurzrock (above) is a medical oncologist who is best known for successfully creating the largest hypothesis-driven Phase I clinical trial program in the world at MD Anderson, where she began her career in 1984. She was named founding chair of the Department of Investigational Cancer Therapeutics in 2006. She has also been the director of the MS/PhD program in Patient-Based Biological Research in the Graduate School of Biomedical Sciences at UTHSC since she helped to found the program in 2003.

What Dr. Kurzrock will bring to UCSD with her considerable experience is the ability to grow the university's cancer research program, specifically by establishing a major, formal Phase 1 trial program on campus, which the university currently lacks. With this resource, all of San Diego's biotech and pharma research will be able to turn to UCSD for safety trials, rather than having to go out of the area. Translational research being as important as it is right now, especially where funding is concerned, having this key component in place for moving research to market and treatment will strengthen UCSD's position as a world class cancer research institution. 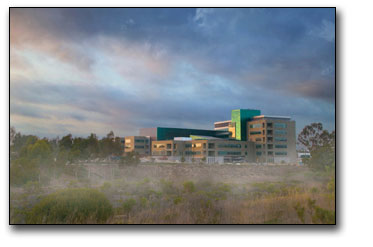 Just last May, UCSD also recruited their new director for the Moores Cancer Center, Scott Lippman, from MD Anderson. They promised him the resources to hire 8 new faculty, of which Ferrara and Kurzrock are the first. Given the caliber of these new team members, we can imagine those resources are substantial, and that the next 6 hires will be ones to keep an eye out for as well.

Biotechnology Calendar, Inc. was founded 20 years ago to bring scientific events and new technologies to life science researchers at UCSD. Now a nationwide science tradeshow and marketing company, we still hold our popular flagship San Diego Biotechnology Vendor Showcase™ event twice annually on the UCSD campus, with investigators attending from across the life science community, including affiliate institutions like Scripps Research and the Salk Institute.

Our next BVS expo will take place February 14, 2013. For information on exhibiting and to receive a free UCSD funding report, click the button below: