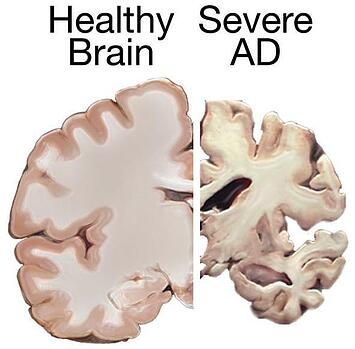 Previous studies have allowed researchers to see how the brain changes before it becomes affected by Alzheimer's disease. Currently, two different treatments are being used on patients of the DIAN-TU trial to see how the drugs they are being given are working to slow or stop the progression of Alzheimer's, and a third drug is in the process of being created. The initial stage of the trial is watching how the drugs are behaving in the patients to see if they are having the desired effect, while the next stage will be for researchers to see if these drugs have the ability to stop or slow the disease in the long-run. If the trial appears to be revealing the desired results, there should be no reason to stop the trial early.

Randall Bateman, MD from the Washington University School of Medicine explained that "as long as we have a treatment that appears to be safely doing what it’s designed to do, we can continue to treat and monitor DIAN-TU trial participants.”

Washington University is a top-ranked institution in terms of the amount of funding it receives each year: 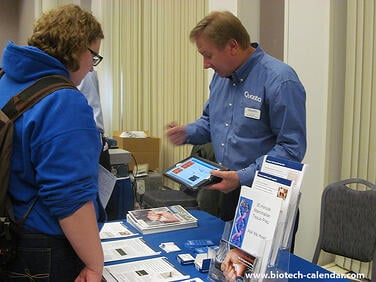 A researcher learns about new products and technologies available at the 2014 15th annual BRPF event at WUSTL.

With all this funding, researchers at Washington university have the means to purchase many new lab products that will help with their research projects and clinical trials. Biotechnology Calendar Inc. produces an annual BioResearch Product Faire™ event at Washington University in St. Louis that is a great opportunity to market lab products to active life science researchers. We bring active researchers together with scientific supply companies where the researchers can find the best and newest products and technologies to further their work. For more information about the 16th annual BioResearch Product Faire™ event in March 2015, please visit the link below.