Fragile X syndrome is a neurodegenerative, genetic disease that causes intellectual, behavioral, and learning challenges. According to the CDC, it is the most common cause of inherited intellectual disability and even though it affects both men and women, it occurs more commonly and more severely in men. There are many other diseases associated with Fragile X, such as autism and epilepsy. Currently, there are no cures for the syndrome, but there are treatments that can help people suffering from the disorder learn some important skills. Emory University researchers have recently received a $9 million grant from the National Institutes of Health to continue their study of Fragile X syndrome and its associated disorders.

The five year grant, which is a renewal of previous grants that Emory University has received, will assist researchers in finding more effective treatments for the syndrome. In 2003 Emory University established the Emory/Baylor National Fragile X Center, and since then researchers have been working continuously to study Fragile X and look for new treatments. The Fragile X Center at Emory is the largest center of this type in the country. 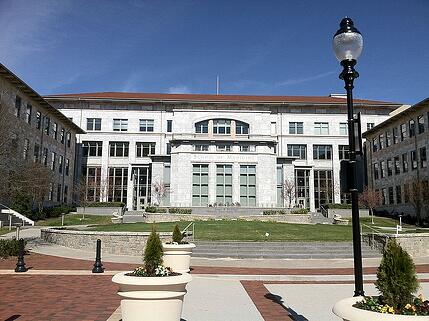 Emory University has long been a contributing institution to the study of Fragile X. In 1991, Dr. Stephen Warren, a professor of Human Genetics and the Founding Chair of the Department of Human Genetics, helped with the discovery of the FMR1 gene, which, when mutated, leads to Fragile X.

For their study, researchers at Emory University aim to identify genome variation that leads to epilepsy in a person with Fragile X syndrome by performing whole genome testing on a set of patients, half with epilepsy and half without.

Lead researcher Dr. Warren explained that "by identifying genome variants that trigger another disease or increase the severity of the associated medical outcome among carriers of a FMR1 gene mutation, we will gain insight into the mechanisms of disease and potentially be able to develop a diagnostic test that can predict those at risk prior to clinical onset."

The NIH awarded a total of $35 million in grants to three institutions for their research of Fragile X syndrome. Along with Emory University, the University of Texas Southwest Medical Center and the University of Massachusetts Medical School each received a portion of the grant.

Biotechnology Calendar, Inc. puts on an annual life science table-top show at Emory University. This event gives lab suppliers the opportunity to meet with high level researchers in a top-funded institution with the need and means to purchase new lab products.

For more information about funding at Emory University or the 16th annual BioResearch Product Faire™ event, visit the links below.