Soybeans are a species of legume, an agricultural crop type that accounts for around 30 percent of the world’s agricultural production. Legumes, in contrast to most other crops, do not rely on absorbing nitrogen from the soil. Nitrogen, an essential nutrient that is needed in large quantities in order for plants to grow, is instead converted by symbiotic bacteria called rhizobia into a usable form. This process, in which the rhizobia "fixes" nitrogen from the atmosphere, takes place in root nodules of the legume root system.

Scientists have been attempting for years to increase the rate of nitrogen fixation in legumes. The common approach has been to alter rhizobia function or to alter the interactions between the rhixobia and the root nodule cells. Professor Tegeder and her colleagues at WSU have developed a new way to increase the amount of nitrogen fixed in soybeans: increasing the flow of nitrogen from the root nodules up to the organs that produce seeds. This promotes plant growth and produces up to 36 percent more seeds.

The research team achieved this by increasing the number of proteins that transport nitrogen from the rhizobia bacteria. The additional transport proteins sped up transport of nitrogen from the roots to the rest of the plant, which initiated a feedback loop that caused the rhizobia to fix more atmospheric nitrogen, which created an even greater increase in the the plants' seed production. “They are bigger, grow faster and generally look better than natural soybean plants,” Tegeder said of their altered plants. “Some evidence we have suggests they might also be highly efficient under stressful conditions like drought.”

According to WSU News Tegeder also said that their research could potentially also be applied with other crops that don't fix nitrogen from the atmosphere but that would benefit from a more efficient nitrogen uptake system, possibly increasing yield of crops other than soybeans.

This breakthrough could have environmental implications as well. Large amounts of synthetic nitrogen are used worldwide to increase crop productivity. This synthetic fertilizer has become an environmental issue in industrialized countries because its over use has led to water pollution, increased greenhouse gas emissions, and other adverse effects on ecosystems and human health. In developing countries it is more likely that nitrogen fertilizer will be scarce, which is also an issue due to the resultant low crop yields and limited food production that the lack of plant nitrogen creates.

The WSU researchers thinks their soybean-focused research could someday be applied to other legume varieties and could diminish or eliminate the need for nitrogen fertilizers, reducing the impact of the issues illustrated above.

“The biggest implication of our research is that by ramping up the natural nitrogen allocation process we can increase the amount of food we produce without contributing to further agricultural pollution,” Tegeder said. “Eventually we would like to transfer what we have learned to other legumes and plants that humans grow for food.” 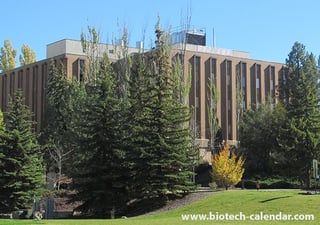 On Thursday, October 12th, 2017, Biotechnology Calendar, Inc. will be returning to Pullman to host the 17th annual BioResearch Product Faire™ event at Washington State University. This is a great opportunity for laboratory equipment suppliers and agricultural businesses to market lab products to active life science researchers at this research market. To learn more about participating in this trade fair event, visit the link below or call (530) 272-6675: 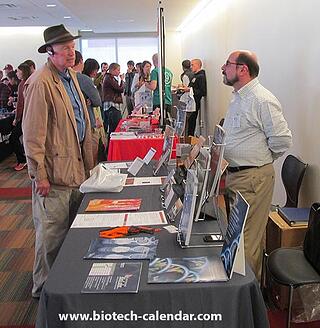 This event allows researchers to meet face to face with scientific supply companies, so that they can discuss their needs and see demonstations of newest products and technologies to further their work. If you are a researcher interested in attending this free event, visit the link below for more information and to pre-register.